CHELSEA AND HELP A LONDON CHILD TEAM UP

The focus here is on the team and not its owner, Roman Abramovich (he has donated money to philanthropic efforts but he is in the news mostly for his lavish spending on homes, art, and submarines (do you really need 2 of them?). Hopefully there will be more reason to highlight philanthropic efforts.

You can learn more about Chelsea’s extensive charitable and social responsibility initiatives at http://www.chelseafc.com/page/ClubInfo/0,,10268,00.html. 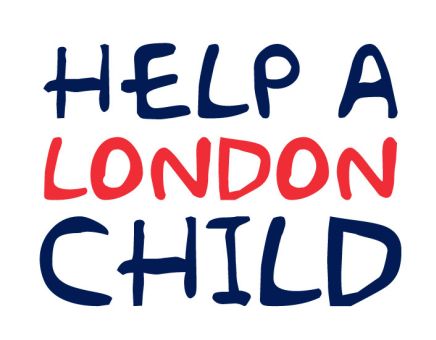 To launch the partnership, children from the Brunswick Club in Kensington, a project supported by the charity, joined the Chelsea players and Capital’s breakfast show presenters Johnny Vaughan and Lisa Snowdon at our Cobham training ground.

The three-year partnership hopes to raise significant funds by engaging fans, players and supporters, as well as helping to increase awareness for the charity, which awards grants to projects supporting children and young people experiencing abuse, poverty, homelessness, disability and illness throughout London. The partnership not only reflects Chelsea’s commitment to our local area but also to improving the lives of disadvantaged children and young people across the capital.

Capital’s breakfast show host Vaughan said: ‘As a supporter of both Chelsea and Help a London Child, to me this is an ideal partnership – the two best teams in London are joining forces to help London’s children.’

Captain John Terry added: ‘We are in a fortunate position to be able to help good causes and the whole team is looking forward to supporting Help a London Child and the fantastic work it does with kids.’

Johnny’s co-host Lisa Snowdon said: ‘The team at 95.8 Capital FM are looking forward to getting the Chelsea team involved in fundraising for our charity.

‘I was so inspired after a visit to one of the projects which the charity supports, I recently volunteered to do two skydives to raise funds. I’m sure now the Chelsea team have seen the work Help a London Child does it will have the same effect on them.’

Frank Lampard enjoyed his time with the kids and looked forward to the new relationship: ‘It’s a fantastic partnership. Chelsea has been heavily involved in charities in the last few years. The lads always appreciate it when it’s a very local charity, so we can get hands-on with it and we can see the effect it has.’

Ashley Cole, who hails from the London’s East End, said: ‘I grew up in London and I know the problems that a lot of these kids face everyday. As a London boy and as part of a London team it’s important we give something back to our communities.’

Didier Drogba, who helped kids practice their free-kicks, welcomed the partnership: ‘I understand that just a smile can make a big difference to these kids, so it is important for us to lend a hand to the youngsters in the community.

‘I have my own kids and I understand it so it is nice to be able to help. I have lived in London for five years now and my kids are London kids, which makes it closer for me.’

Click here to learn more about Help a London Child.