For those of us older than 20, memories of school lunch are mixed with fear and joy. Fear – “what exactly is that you are serving me?” versus Joy – “Yes, I will have 5 soft chewy chocolate chip cookies for lunch and my parents won’t know.”  With all the discussion about the widespread obesity and overall unhealthiness of so many in the U.S., it is good to see a root cause of such problems, poor eating habits, being addressed early in the lives of children. And athletes, both amateur and professional, can help send the message that playing and eating right is the best way to succeed.

You can learn more about the Education Department’s efforts at http://www.edgovblogs.org/duncan/2009/10/ready-to-learn%E2%80%94national-school-lunch-week/ and learn more about the recently completed National School Lunch Week, with which several NBA players were heavily involved, at http://docs.schoolnutrition.org/meetingsandevents/nslw2009/.

Secretary Arne Duncan and his wife, Karen Duncan, joined members of the U.S. Men’s National Soccer Team and representatives from the D.C. Public Charter School Board and Revolution Foods for a visit to D.C. Prep Edgewood Elementary and Middle School Campuses in northeast Washington, D.C., to commemorate National School Lunch Week.  As part of today’s visit, the Secretary and his wife toured the school, participated in a soccer clinic led by Jozy Altidore and Oguchi Onyewu of the U.S. Men’s National Soccer Team, conducted lunchtime readings and led discussions with students. 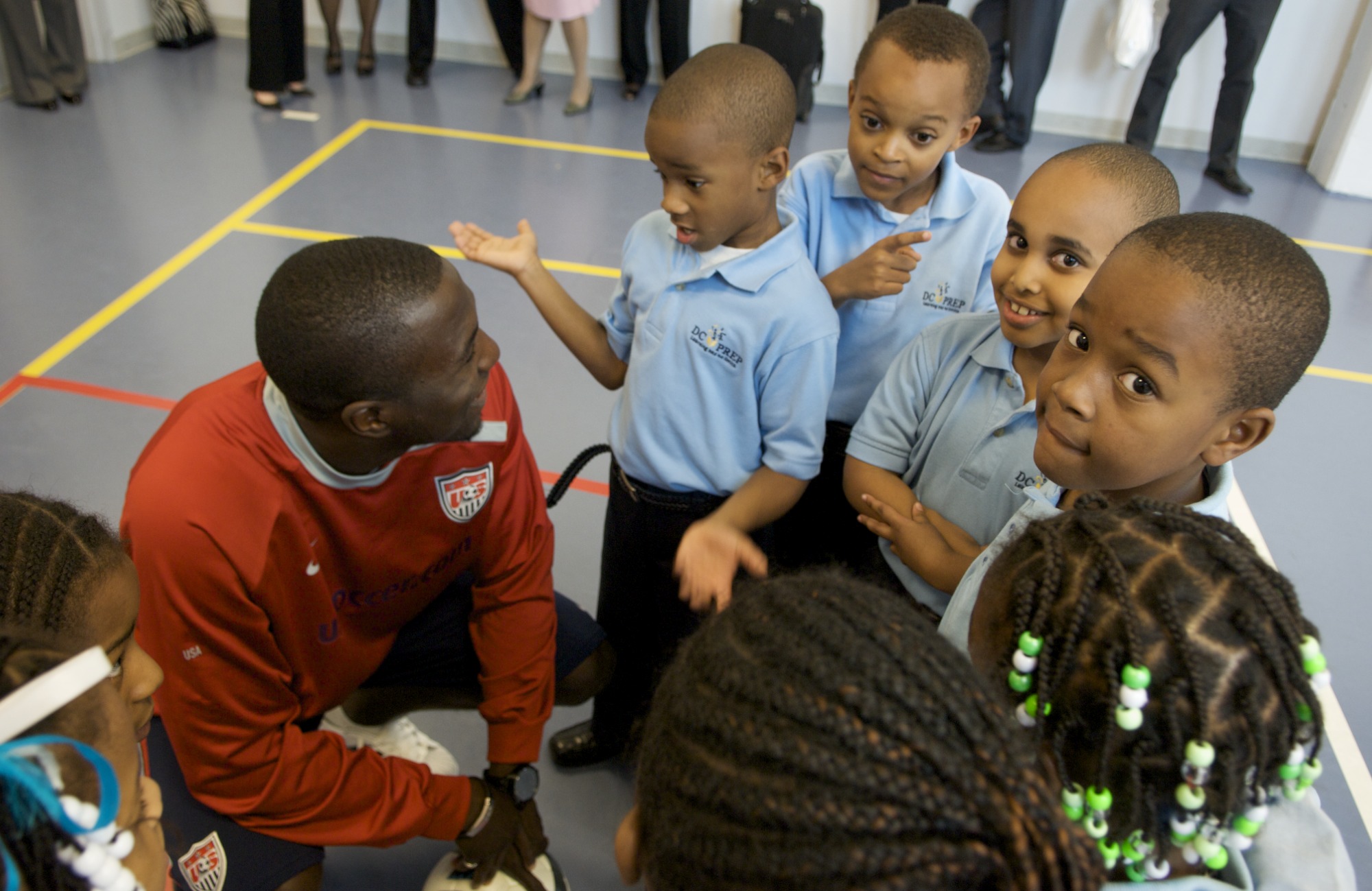 D.C. Prep offers students healthy meals through the Revolution Foods service and focuses on wellness through activities such as physical education, recess, and field trips to local grocery stores.  Students at the D.C. Prep Edgewood Middle School Campus also boast some of the highest academic achievement in the city.

“Fueled and Fit: Ready to Learn” is a Department-led campaign to highlight the research-based connection between proper physical fitness/nutrition and student achievement. The idea is that healthy and fit bodies equal active and creative minds. Department officials will be visiting schools throughout the next six weeks highlighting the importance of wellness and fitness. 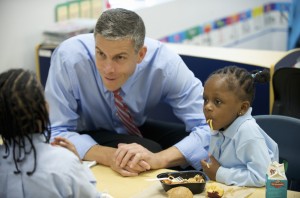 Just so you know, our Secretary of Education can ball! According to his bio, Sec. Duncan, from 1987 to 1991, “played professional basketball in Australia, where he also worked with children who were wards of the state.