From the top to the bottom, bottom to the top

(I swear that is from some rap song back in the day.)

In recognition of the 20th anniversary of The Convention on the Rights of the Child, various perspectives were given on the movement, its progress and continuing challenges. One such perspective comes from Mr. Jacques Rogge, President of the International Olympic Committee. While the IOC’s manages two of the world’s biggest sporting events, the Summer and Winter Games, it is also increasingly focused on efforts geared towards grassroots sports development and more youth participation. Mr. Rogge speaks to that and the power of sport in the following essay. Thanks goes to UNICEF for making this available. http://www.unicef.org/rightsite/364_528.htm

Fun and Games: The transformative power of sport to promote friendship, unity and peace 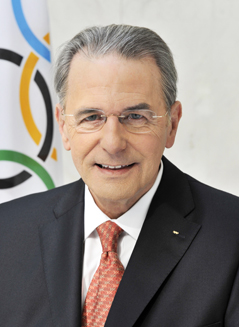 The Olympic Movement is one of the largest networks of individuals committed to peace, friendship and human rights throughout the world. It is a people-centred movement, with a particular focus on children and youth, without whom the very future of the world is in peril. In its role as leader of the Olympic Movement, and guardian of the Olympic ideals and values, the International Olympic Committee (IOC) has worked tirelessly for over a century to place sport at the centre of the harmonious development of societies and nations. This ideal was strongly advocated by the founder and reviver of the modern Olympic Games, Pierre de Coubertin, and is a fundamental principle enshrined in the Olympic Charter, as is the fact that every individual should have the opportunity to practise sport, without discrimination and in an Olympic spirit of mutual understanding, friendship and fair play. These ideals are similar to the rights enshrined in the Convention on the Rights of the Child, and reinforce the universal call to realize children’s rights.

The IOC was established on the belief that sport is more than fun and games, recognizing that it provides a platform to reach millions of people and is a powerful vehicle to support the development of youth. Through sport and physical activity, children and young people acquire skills and ideals vital for their well-being, self-esteem and confidence. At the heart of these efforts lie the three fundamental Olympic values: excellence, friendship and respect, respect for universally accepted rules, respect for oneself and respect for others. The promotion of these values is integral to the work of the Olympic Movement, and has steered the IOC in forging diverse collaborations with organizations around the world to promote the rights of the child. As a former Olympian and the current President of the IOC it is near to my heart.

Promoting awareness through sport
The IOC actively pursues joint programmes that use sport for child and youth development and to develop advocacy and communications campaigns, in accordance with our global commitments. In northern Uganda, together with UNICEF, the IOC has supported a sport-based programme implemented by the Dutch non-governmental organization War Child Holland, which directly involves children and youth in the activities of the community in order to rebuild social networks. An inter-parish football and netball league has benefited more than 16,000 children and 25,000 adults. Sport helps the entire community to relax, focus on healthy behaviours and social cooperation, and forge a harmonious future after the hardships of civil strife.

Sports have also effectively been used to promote HIV/AIDS education and prevention. Sports events, clubs and gyms offer a sound platform to make young people aware of the issue through informal and familiar gatherings. Since 2004, the IOC has promoted regional seminars in Africa as well as China and India on HIV/AIDS prevention through sport.

Agents of change
For the global community of today, young people are holders of their own rights and empowered by the Convention to participate fully in their communities. By working with them we can clearly make a winning difference and show that our commitment is about action, not only words. This is exactly what the new IOC project, the Youth Olympic Games is all about, offering young people an event of their own in the spirit of the Olympic Games. The vision of the Youth Games is to inspire young people around the world to participate in sport by adopting the Olympic values, respecting and sharing the principles and provision of the Convention, building friendly relations with people all around the world, even if they do not speak the same language, and learning how to balance sport, education and culture in their daily lives.

The paramount importance of education is key to the Youth Games, and besides the competition itself, the event will provide an excellent platform to create a true community between youth of the world. A major role will be given to information and education linked to such sensitive subjects as dangers of doping in sport, violence in stadiums, the risks associated with extremes of activity – whether a sedentary lifestyle or overtraining – the benefits of a balanced diet, and the advantages of striking a healthy balance between sport and other social and educational activities. The Youth Olympic Games will be tailored to address the unique needs of young people, with the sport events carefully chosen to protect the health of young athletes, while inspiring them to incorporate all the Olympic values. We want these young athletes to become involved, responsible citizens, true sportspersons, and ambassadors in society for sport and the Olympic values.

Our hope is that if young people can learn to respect each other on the field of play, they may transfer this to the other parts of their daily lives. Our first major event will be the August 2010 Summer Youth Olympic Games, followed by the 2012 Youth Winter Games in Innsbruck, Austria. We hope the next 20 years will bring even greater realization of children’s rights, including the transformative power of sport in the lives of all children.