Superman and friends in South Africa

The Orlando Magic’s Dwight Howard – we think you know who he is 🙂 – was part of a group of players who were in South Africa this past summer as part of the NBA’s Basketball Beyond Borders program. 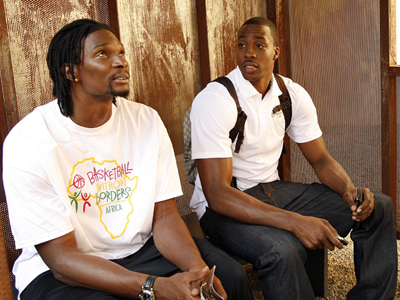 Dwight, Chris Bosh and other young players are part of a generation whose opportunities to learn about other parts of the world will encourage them to engage in ways that benefit everyone. A couple of quotes from Dwight you will hear in the video below indicate that they recognize how important such opportunities are.

“You could just feel love from everybody.”

“Didn’t look like they had much on the outside but they were rich in spirit.”