Finding good in the world of reality show nonsense

I am not a big fan of reality TV. The lack of talent – Sharon Osbourne; the over-dramatization – everything about the Kardashian’s; the “goal” of the competition – a date with Bret Michaels, really? – usually have me flipping right by when I have the remote control. However, there are programs which, in part or overall, are worthwhile. I would put Celebrity Apprentice in the “in part” category.

The 3rd version of Celebrity Apprentice is upcoming and the cast was just announced. Unless you are a pop-culture hound like me, you won’t know a majority of these folks, so, again, the use of the word Celebrity is being used quite liberally. There are several athletes, including Olympic champions Summer Sanders and Michael Johnson, and even Darryl Strawberry of NY Mets fame.

The inclusion of athletes alone on these shows is not enough to have them featured at Sports Doing Good. However, in Celebrity Apprentice, they are not competing to get a job with Donald or win a date with Bret Michaels – since he is on the show, he can date himself – but rather, they are competing to win money for charity. And that gets them featured here.

Summer Sanders will be competing for Right to Play. We will keep an eye out for Michael Johnson and Darryl, maybe even Goldberg, a former college football player who spent some time in the world of professional wrestling.

I just hope Donald keeps the smirking under control. 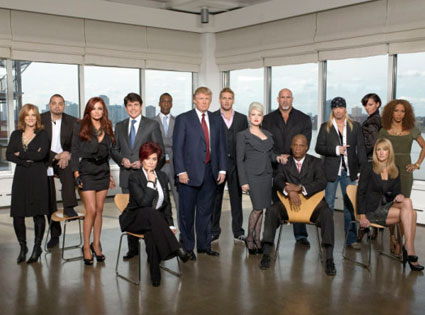