Not the last word on LeBron

Get ready for at least a few thousand more articles on LeBron. Every time he goes to an opponent’s city for the first time as a member of the Miami Heat, there will be an article, at least in the local media outlets, maybe even nationally (hello Cleveland, it’s me, LeBron). 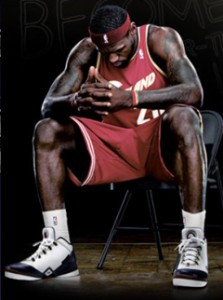 LeBron, ESPN, even Jim Gray have taken a beating in the press and amongst the general populace about the poor way this was handled and the journalistic integrity, or lack thereof, involved in such a piece. It was sad that two years of speculation and discussion, which should have been enough to stoke anyone’s ego and have them feel appreciated, culminated in a narcisisstic Greek tragedy on national TV. It was gripping I will give you that. I was at a bar in New York City and everyone was glued to the multiple TV’s on each of the 3-level bar.

At least one problem that I had with the whole process was the lack of notice given to the Cavaliers and the insult delivered to the city of Cleveland in such a public manner. LeBron, nor his handlers, the ones very much behind this fiasco, did not need an hour in front of kids – what kind of message does this send to them – to express his deserved desire to be in a situation to win championships. That could have been done in a 10-minute press conference, 5 minutes of which could have been a nod to the time he spent in Cleveland. 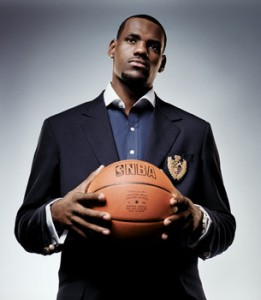 than the city of Cleveland, the NBA, and the game of basketball. It became about him and only him. Yes, he is with D. Wade and Chris Bosh in Miami. But eventually it will get to be more about him. And in four years, when these guys are free agents again, we may go through this whole circus again. Hopefully not.

To read some additional pieces about LeBron and this overhyped saga, check out:

“Inside look at LeBron’s free-agent coup”

LeBron’s unsavory ‘Decision’ spectacle; He chose the Heat for justifiable reasons, but the way he announced it wasn’t pretty

“How LeBron’s Entourage Got His ‘Decision’ on ESPN”