A tangible sign of appreciation – Selig, Brewers, and a bronze statue

There are many opinions about Bud Selig, current commissioner of Major League Baseball, and founder of the Milwaukee Brewers baseball team. We say many instead of two opinions because it is not black and white when it comes to Mr. Selig. Nor should it be. Almost of all us live a life full of situations, some made by us, others thrust upon us, that paint a picture of who we are. And most of the pictures have some color in it. 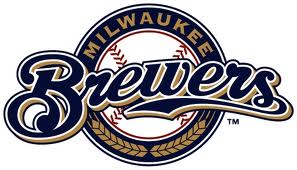 Mr. Selig was recently honored with a bronze statute outside the stadium he pushed to get built for the team he bought in 1970 for his hometown of Milwaukee. He was a huge fan of baseball and was long committed to bringing a team to his hometown. Despite a couple of close calls – both of which were extremely disheartening – he got the opportunity and he took it.  About 30 years later he led a charge to get a new stadium for his team, one which inspires players and fans alike.

So Selig may have overlooked the steroids era. Some folks have never forgiven him for the All-Star game tie or interleague play, despite its success, or even the wild card playoff format, despite its great success. We don’t judge Selig. We do applaud the Brewers new ownership for recognizing his significant contribution to its birth and development. The statue will help remind Brewers fans to recognize them as well.

To read the full article about the unveiling of the statute, “Brewers pay tribute to Selig with bronze statue,” by Tom Haudricourt of the Journal Sentinel, please click here. 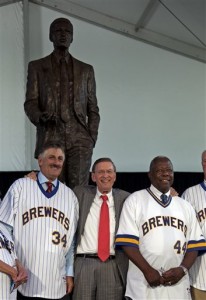