When corporate social responsibility becomes your own

Should corporate social responsibility be required? Should corporations have to prove they are doing it and prove its effectiveness? Or should the corporation, much like an individual, decide on its own whether they want to commit to an effort or efforts that may be outside the scope of who they are and what they do?

In India, the corporate affairs ministry has intimated that such a commitment to CSR should be required, that it must have a greater presence in Indian society.

For a country with so much need when it comes to addressing health issues, poverty, education, etc., bringing corporations more into the fold is a great idea. Whether they should be pulled in without their consent is a matter that may be debated for some time.

We think that instead of being forced – such action ultimately loses steam and ways to avoid the rules are found – the government should encourage positive behavior, by providing resources or delivering tax credits or other incentives. Encouragement as opposed to heavy-handedness has usually worked a lot better, whether it involves individuals or corporations. 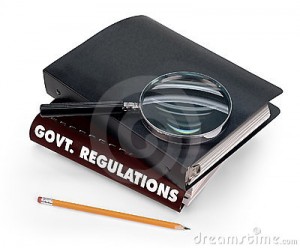 “Voluntary compliance are always better than forced, companies who do not want to do it forcefully will find a way out of it…it should be proactively done by business community,” said Mittal, delivering a lecture on corporate leadership here.

The corporate affairs ministry has been prodding India Inc to embrace CSR in a much larger way.

Corporate AffaIRS Minister Salman Khurshid surprised the corporate world earlier this year, when he said his ministry would look at making CSR initiatives mandatory in case companies were reluctant do so. There were reports that the government would consider bringing in clauses on CSR in the new Companies Bill.

“At the end of the day, we would all bow in front of the government’s final position on the matter,” said Mittal.