How to deal with sports concussions? Donate heart, soul, and mind

We have written about the health of athletes, with a focus on the conditions of professional football players, and thankfully, the effort to prevent concussions and deal with the post-playing effects of such injuries. More debate is leading to more action.

Recently, ESPN.com highlighted the ongoing efforts of Chris Nowinski, the co-founder of the Sports 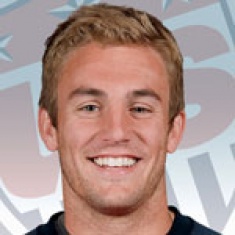 Legacy Institute at Boston University’s School of Medicine (my brother’s alma mater by the way). One of the athletes discussed is soccer player Taylor Twellman. That’s right, a soccer player. It is not just pro football players. You can have athletes from almost any sport vulnerable to collisions or activity that leads to the brain being impacted.

This will be a long-term effort and we congratulate Chris and all of the athletes who are donating their time, and in the future, literally their brains to understanding this important health concern. It will have a significant impact on the lives of so many athletes in the future.

Since his college days, New England Revolution forward Taylor Twellman has had seven diagnosed concussions. Given all the headers and hits over his career, he’s wondering if that number might be drastically higher.

Twellman still deals with the effects of a concussion he sustained during a collision with a goalkeeper two years ago, one that possibly cost him a shot at making the U.S. World Cup team and cut short his 2010 season after going on injured reserve in late June.

Now he’s volunteered to join a Boston University medical school program in which researchers are trying to better understand the long-term effects of repeated concussions. He’s one of 300 athletes in just the last two years who have agreed to undergo a battery of annual tests and donate their brain after death.

“It’s not hard [to donate] in that you want to help people down the road,” Twellman told The Associated Press in a telephone interview. “But it is hard since they want your brain because it’s been damaged.”

To read the rest of the article at ESPN.com, please click here.