I was watching some Australian Rules Football late last night – hey, I needed something to watch! – and was taken with the event taking place. I think it was a championship game. I know next-to-nothing about the game but I do understand athleticism, teamwork, scoring, and when fans and announcers get excited. That is must-see TV for me, no matter the sport. I watch a good 30 minutes last night.

I can say the same about rugby. It is an amazing game and while I don’t seek out game on the TV, I have seen it before and found myself tuned in for an inordinate amount of time for someone who has never played the game and knows none of the players. That is an amazing thing about sports. We can appreciate the effort the players and the wonder of the event without knowing exactly about every rule governing the game.

This universality also attracts us as participants. And while the naiveté regarding the game is there to start, participation inevitably makes us smarter about the game at hand and enjoy that much more. There is a documentary being made about a great program involving a group of young people who have embarked on this journey enabled by participation in a “new” sport.

“SCRUM – Rugby in the Inner City” is a feature-length documentary following the journey of student athletes from ICEF Public Schools’ highly successful rugby program as they travel around the globe to compete, learn and connect with people from different cultures.

“For over eighteen months we follow the personal stories of five students, their families and their dedicated coaches. These are powerful stories of struggle, determination and triumph. Surrounded and supported by a loving community of parents, teachers and coaches, we see the students rise above their circumstances and broaden their horizons as they are inspired to graduate, to look ahead to college and beyond.” Dennis Lovelace (Producer/Director)

The documentary is still being made and looking for funding via the Kickstarter platform. Learn more about the effort, and take advantage of the opportunity to donate, by clicking here. I suggest you watch the trailer. It’s great! 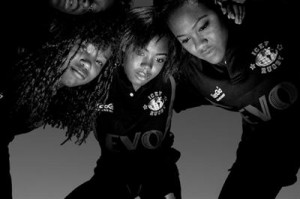 ABOUT KICKSTARTER
KickStarter is the largest funding platform for creative projects in the world. It is unique in that it is an all-or-nothing funding method where projects must be fully-funded before its time expires or no money changes hands. If we fall short of our goal by any amount then we won’t get any of the money.  Even if it’s only by $5.  That’s why your help spreading the word about the film and Kickstarter campaign is so important.