Chess is one of those activities that many of us played or at least tried to play when younger but then eventually abandoned for more “established” sports. Not established in the sense of tradition, as chess has been around for a long time, but established in terms of organization and support, with an abuandance of teams, leagues, and tournaments around for sports such as soccer, basektball, football, etc.

These more established sports also give young players a ready pool of people to look up to. Depending on one’s age, we may look up to pro athletes, collegians, or even high school athletes. These individuals help to nuture the next generation of performers.

With chess and other less established sports, the talent needed to succeed is no less important but the structure or resources to cultivate that talent may not be as developed or plentiful. Also, the role models may not be as obvious.

We came across a great story involving some exceptional chess players, players who have achieved greatness at an early age and who already have grabbed the role of mentor and role model, despite their youth. They achieved their success not in an environment of wondrous financial and organizational support. They have succeeded becaue of a structure in which parents, friends, and mentors have together cultivated the players’ talents through complementary efforts. In the face of tight budgets, all sports but especially more niche ones, have to leverage every asset and resource they have to help players young and old reach their potential. When that happens, we have wonderful stories like this one.

You can read the article by Dylan Loeb McClain in the New York Times by clicking on Masters of the Game and Leaders by Example. An excerpt from the article is below.

Fewer than 2 percent of the 77,000 members of the United States Chess Federation are masters — and just 13 of them are under the age of 14. Among that select group of prodigies are three black players from the New York City area — Justus Williams, Joshua Colas and James Black Jr. — who each became masters before their 13th birthdays…

Although they are rivals, the boys are also friends and share a sense that they are role models.

“I think of Justus, me and Josh as pioneers for African-American kids who want to take up chess,” James said.

James’s father, James Black, said he and Justus’s and Joshua’s parents were aware of what their sons represent and “talk about it a great deal,” but tried not to pressure them too much. 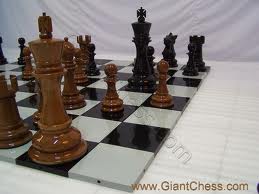