Welcome to week sixty-four of the Sports Doing Good newsletter.

This week there did not seem to be a dominant theme emerging from this group of 20 stories. In fact, this may have been the most diverse, varied collection of stories we have offered up. There is everything from a charity soccer game, to sports products in a museum, to documentaries, to a youth baseball player buying equipment for his competitors, to a virtual first pitch, to breathtaking photos of female surfers, to a story about the most prolific scorer in international soccer history. But if we had to pick a favorite, we go with the soccer players from Tahiti.

The national team from Tahiti – yes, such a group exists – has been participating in the FIFA Confederations Cup. The Cup is an international association football tournament for national teams, currently held every four years by FIFA. There is a difference in skill level between some of the teams, no doubt, but each team for the most part is filled with professional-level players. Not so the team from Tahiti. Made up of mostly amateurs, the team has been battling with the world’s best soccer nations, e.g. Spain, in front of very knowledgeable soccer fans. While its record is not what it would want, the team from Tahiti has been displaying a passion for the game, and those fans, that has made it a favorite.

The thrill of competition and being part of a local/global community are well-deserved experiences for the team from Tahiti and the other participating countries. They are also in some way a part of each story we feature this week. So we, in fact, do have a dominant theme, one which should resonate within each of us as athletes and/or fans.

Steve Nash leads 6th annual Showdown NYC soccer game and after-party
The Showdown supports the Steve Nash Foundation’s work in early childhood education — increasing access to high-quality pre-school and wrap-around services for children in poverty.  We work closely with other committed funders, policy experts, and national programmatic leaders on a platform called Educare, a studied, proven and excellent model of service delivery for our littlest MVPs all over the US.  More about our all of our programs is at stevenash.org.
https://stevenash.org/showdown/see-the-game/see-the-game-nyc

A’s fan Nick LeGrande throws out the first pitch from 1,800 miles away with the help of a robot.
Technology combined with a big heart leads to this historic first pitch.
Video: http://youtu.be/i0zfW359kSE

Tony Hawk donates first board to Smithsonian Museum
The Smithsonian’s National Museum of American History will expand its collection of skateboard-related items this weekend as living legend Tony Hawk and ’70s pro Cindy Whitehead donate personal equipment to the famed institution. A ceremony honoring Hawk’s and Whitehead’s permanent donations to the museum’s Division of Culture and the Arts will highlight Innoskate, an event exploring innovation and invention in skateboarding and its influence on endemic and mainstream culture.
http://xgames.espn.go.com/skateboarding/article/9410490/tony-hawk-donates-first-skateboard-smithsonian 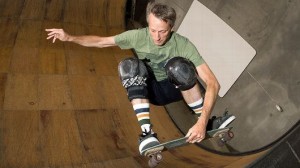 Skateboarder Tony Hawk takes a final ride on his first skateboard before he donates it to the Smithsonian this weekend. Courtesy of Mike Blabac

Trumbull’s Mack shows heart, humble nature in gifts to Bridgeport programs
“We’ve played against the teams the last three years and I always wanted to do something to help them, ever since I was a sophomore,” Mack said. “I just have a lot of respect for them. They come out and play hard every day against the best teams in Connecticut. I wanted them to know I respect them and what they do is amazing. The intensity they show is amazing. I’d be proud to be on one of those teams.”
http://www.stamfordadvocate.com/default/article/Dave-Ruden-Trumbull-s-Mack-shows-heart-humble-4549053.php 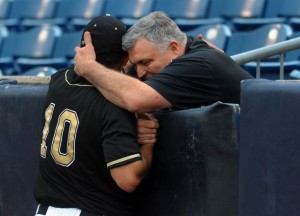 Running the race of a lifetime; ‘Spirit of the Marathon II’ captures journey of seven runners at Rome Marathon
Though “Spirit of the Marathon II” is undoubtedly a sports movie, the marathon is simply the vehicle for Dunham and Twist to tell the stories of some fascinating people. Dunham knows that runners are likely to embrace this film as they did the first one, but he also is certain it will connect with people who have never run even a 5K.
http://espn.go.com/sports/endurance/story/_/id/9349812/endurance-sports-spirit-marathon-ii-captures-journey-seven-runners 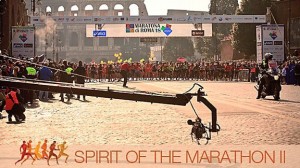 Female surfers beneath the waves – breathtaking photo exhibit
Underwater photographer Sarah Lee uses a technique known as “duck diving” to capture these stunning photos of surfers in Hawaii. Surfers “duck dive” under the water to avoid incoming waves so they can get further out to sea.
http://news.yahoo.com/lightbox/female-surfers-beneath-the-waves-1371590640-slideshow/beneath-the-waves-photo-1495384055.html 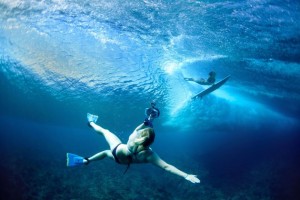 Homeless Soccer Players Find Community in Soccer and on Facebook
“The premise of Street Soccer is that we are providing a few hours of positive community and support group when there isn’t one in a shelter or on the street,” Rob tells Mashable. “But now that we have the Facebook groups, if someone’s having alcohol problems or gets depressed, it provides that support 24/7. That’s really changed our program completely.”
http://mashable.com/2013/06/19/street-soccer-homeless-facebook/ 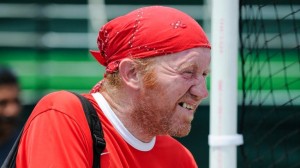 Comcast SportsNet Bay Area and You Can Play Project Collaborate to Produce Public Service Announcements Featuring Star Bay Area Athletes
Ted Griggs, President of Comcast SportsNet Bay Area, said, “We are pleased to partner with You Can Play, a pioneering advocate for LGBT outreach and equality in sports. We support their overriding message that every athlete should be a good teammate and welcome others regardless of their sexual orientation.
http://online.wsj.com/article/PR-CO-20130619-908188.html 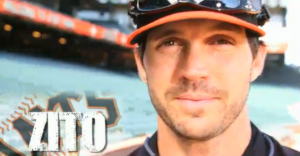 USA’s Abby Wambach beats Mia Hamm’s all-time international scoring record
Making Wambach’s achievement all the more impressive is the fact that she’s done it in far fewer matches than Hamm played in her illustrious career. Wambach now has an even 160 goals in 207 international matches, while Hamm had 158 in 275 matches.
http://sports.yahoo.com/blogs/soccer-dirty-tackle/abby-wambach-beats-mia-hamm-time-scoring-record-012415679.html 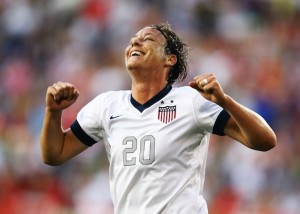 Tahiti has last chance to delight growing fan base
Tahiti, however, has won over the Brazilian public and many other football fans around the globe. With only one professional player in the squad, the South Pacific islanders qualified for the Confederations Cup by winning the Oceania Nations Cup.
http://sports.yahoo.com/news/tahiti-last-chance-delight-growing-133106365–sow.html 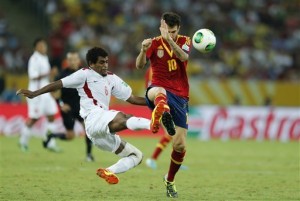 Charity Smile Train Partnering with IRONMAN Arizona
This November Smile Train is partnering with IRONMAN Arizona as the official charity sponsor of the race, which is taking place on November 17th in Tempe, AZ.  A team of 75 athletes will race to give new life and new smiles back to more than 1,500 children around the globe.
http://www.positiveimpactmagazine.com/2013/06/17/charity-smile-train-partnering-with-ironman-arizona/#.UcRi5Njhdz0

Theismann, Folkl, Billups Among 2013 National High School Hall of Fame Class Inductees
Former Washington Redskins quarterback Joe Theismann and Los Angeles Clippers guard Chauncey Billups are among the 2013 inductees to the National High School Hall of Fame. Four-time Olympic gold medalist sprinter Harrison Dillard and former basketball and volleyball star Kristin Folkl Kaburakis are the other two athletes who will be honored, along with five coaches, two officials and one administrator, during a June 27 ceremony in Denver.
http://www.usatodayhss.com/news/article/high-school-hall-of-fame-class-announced-theismann-billups 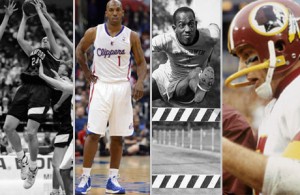 Muscle Milk® Re-Launches Recovery Grant Program and Will Provide Up To $250,000 to High School Athletic Programs in Need
“High school athletic programs provide foundational development for student-athletes in and out of competition, and  the Muscle Milk Recovery Grant Program is a great way we can provide financial resources to programs in need in local communities around the country.”
http://www.newson6.com/story/22619986/muscle-milk-re-launches-recovery-grant-program-and-will-provide-up-to-250000-to-high-school-athletic-programs-in-need 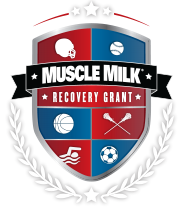 Can your wannabe QB read a blitz? Yeah, there’s an app for that
The app provides actual footage of in-game situations for both football and basketball and asks athletes to project the outcome of each clip. A potential basketball recruit may be asked to determine which of four offensive players will receive a point guard’s pass. A possible football draftee may be asked to decide which linebacker will blitz when the ball is snapped. New York-based Krossover claims to have “millions” of plays at its disposal.
http://www.bizjournals.com/newyork/news/2013/06/14/krossover-looks-to-turn-siq-into.html?ana=e_vert&u=jwOEiJynaoHF9/NJhtTo4s+pS78&t=1371587023

Tampa Bay Rays owner Stuart Sternberg pushes to grow game
Sternberg granted FOXSports.com an exclusive, wide-ranging interview at this week’s MLB Diversity Business Summit in Houston. This is Part I, focusing on MLB’s efforts to expand diversity and the future of the game itself.
http://msn.foxsports.com/mlb/story/tampa-bay-rays-owner-stuart-sternberg-dedicated-to-diversifying-baseball-diversity-oversight-committee-062113

Wimbledon to mark 40 years since Billie Jean King sexism victory
The WTA has announced plans for more than 20 of the 23 women who have since been ranked number one to gather at a glitzy event on the middle weekend of Wimbledon, which begins on Monday, to commemorate what became not only a seminal sporting moment but a key staging post in the battle for equality.
http://www.guardian.co.uk/sport/2013/jun/20/wimbledon-40-years-billie-jean-king-sexism 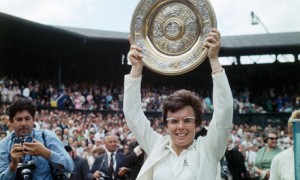 New Ring For Legend Of Boxing: Opera Stage
The opera recounts how Mr. Miller, hoping for an autograph, knocks on the door of Mr. Ali’s mother’s house and is invited in for dinner. He establishes a friendship with the fighter, who helps him overcome various personal problems to become a professional kickboxer and sportswriter.
http://www.nytimes.com/2013/06/11/arts/music/approaching-ali-by-d-j-sparr-at-kennedy-center.html?_r=0

Tens of Thousands Participate in Global Record Attempt for World’s Largest Swim Lesson to Send the Message Swimming Lessons Save Lives™
Kids, families and Olympic Gold Medalists from coast to coast came together this morning to set a new Guinness World Record™ for the Largest Simultaneous Swimming Lesson ever conducted. Team WLSL, which set the first record in 2010, needed more than 24,873 participants from around the globe to set a fourth consecutive Guinness World Record.
http://www.prnewswire.com/news-releases/tens-of-thousands-participate-in-global-record-attempt-for-worlds-largest-swim-lesson-to-send-the-message-swimming-lessons-save-lives-212054201.html 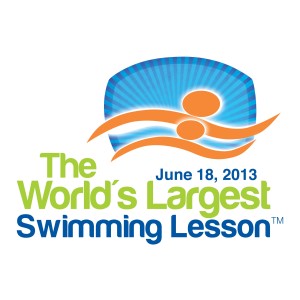 Chris Gayle and Cricket For Change Join Forces
The Jamaican and West Indies legend, Chris Gayle, who is delighted and proud to be involved in the Jamaica and London programme, says, “Cricket is indeed a powerful tool, it has certainly changed my life and I hope that my involvement with this Academy will help to change the lives of others in a positive way as well”.
http://beyondsportworld.org/member/discussion/index.php?Submit=View&Id=2588 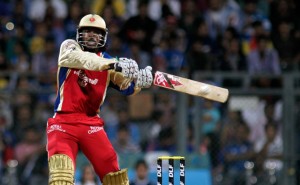 Sports Helps Injured Syrian Refugees and Jordanians Find Common Ground
“This was a very exciting development of our work in Jordan and truly shows the power that sport has when it comes to breaking down barriers and building social tolerance. We hope that we can now find funding to continue our efforts in Jordan to support conflict resolution and highlight areas of commonality between the people of Jordan and Syrian refugees through sport”.
http://www.blazesports.org/2013/06/more-jordanians-with-physical-disability-participating-sport/#sthash.ULXoQQmI.dpuf 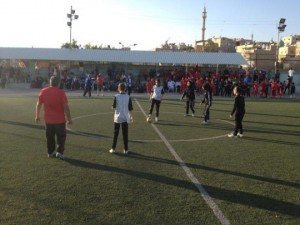 APMDC throws its weight behind sports
London Olympics bronze medalist and shooter Gagan Narang, who was present on the occasion, welcomed the initiative and said more corporate groups should come forward to support sports. “Unless, there is some kind of massive interest in sports by corporates, it is not easy to groom talent. I appreciate the APMDC and SAAP for joining hands for such a fine programme,” he said.
http://www.thehindu.com/news/cities/Hyderabad/apmdc-throws-its-weight-behind-sports/article4817758.ece 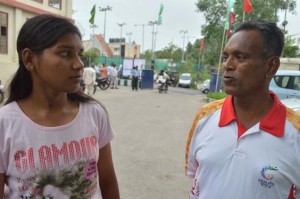 Archer S. Lavanya, who was one of the 10 athletes awarded the APMDC scholarship, with coach Prabhir Das. — File Photo