Welcome to week seventy-five of the Sports Doing Good newsletter.

The (unofficial) end of summer brings with it my favorite time of year, the fall. While it means we have to head back to school or work, it also means we get to reacquaint ourselves with a host of different sports, especially the two that define the fall season, i.e. football and soccer. (Good luck South Side HS!)

I was delighted to see this week so many pictures of kids (thanks Facebook!) with their book-bags and sports equipment in hand. In every picture, there was a smile. Getting to see friends in class and on the playing field surely is the source of much of that happiness.

We feature stories each week that we feel can be a source of happiness as well. From a story of a young football player coming back from a leg amputation to once again star on the field to the one involving one of our greatest ever sports figures, Arthur Ashe, and his hero brother, we are encouraged by the numerous instances of determination, sacrifice, selflessness, giving, and sharing.

Less than 1 year after leg amputation following on-field injury, Koni Dole scores 2 TDs in return
“Just to overcome all this, and to be back on the field with my teammates, is probably the best feeling I’ve ever had,” Dole told local reporters after the game. “That first time you step on the field after all that I’ve been through, I couldn’t feel my body. I don’t know. Just an indescribable feeling.”
http://sports.yahoo.com/blogs/highschool-prep-rally/less-1-leg-amputation-following-field-injury-koni-161900617.html
Video – http://youtu.be/m0cudjZEszc

30 for 30 Shorts: Arthur and Johnnie (The Ashe Brothers)
After Johnnie Ashe returned from his first tour in Vietnam, Arthur, stationed at West Point, was suddenly in danger of being sent over. Johnnie volunteered in his brother’s place so that Arthur could continue his tennis career.
http://espn.go.com/video/clip?id=9584328 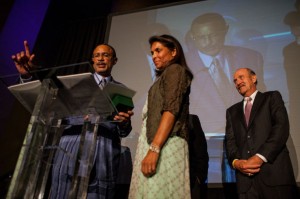 How the Oklahoma Thunder reached a small village in Rwanda
Tucked deep inside Rwanda’s mountainous terrain, the small Central African village of Rwankuba doesn’t have Internet, doesn’t have running water and doesn’t have much connection to the outside world… So it came as no surprise to Betsy Dewey, a Peace Corps volunteer from Oklahoma City, that the Rwandan natives had never heard of her home state.
http://newsok.com/how-the-thunder-reached-a-small-village-in-rwanda/article/3879043 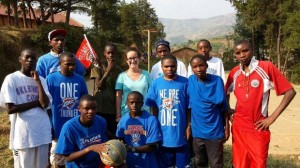 Betsy Dewey, a Peace Corps volunteer from Oklahoma City, is surrounded by her students in Rwanda. Dewey’s father, Lyle, provided the Oklahoma City Thunder NBA basketball gear for the students on a trip to Africa last month.

The 2013 UEFA Monaco Charity Award presented to the Johan Cruyff Foundation
The award will be spent on the development of six new pitches in six European countries which measure 42m x 28m, and are fitted with artificial turf. They are located at central meeting places in neighbourhoods, ideally next to a school, community centre or youth centre, and offer at least six hours of structured activities a week.
http://www.sportanddev.org/?6006/1/UEFA-supports-children-through-play 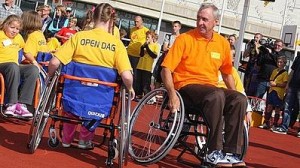 U.S. Department of State and espnW Global Sports Mentoring Program Enters Year Two
The U.S. Department of State and espnW have again joined forces for the second year of their Global Sports Mentoring Program. The program was created in 2012 to support the United States’ global commitment to advance the rights and participation of women and girls around the world, with sports as the vehicle creating greater opportunity.
http://espnmediazone.com/us/press-releases/2013/09/gsmp2013/ 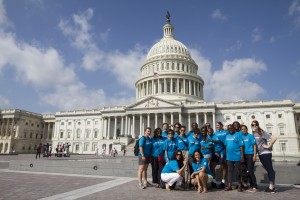 NFL, Under Armour, GE launch Head Health Challenge II
The NFL, Under Armour and GE on Wednesday launched Head Health Challenge II, an open innovation challenge to award up to $10 million for new innovations and materials that can protect the brain from traumatic injury and for new tools for tracking head impacts in real time. The challenge is part of the Head Health Initiative, a collaboration to help speed diagnosis and improve treatment for mild traumatic brain injury.
http://www.nflevolution.com/article/nfl,-under-armour,-ge-launch-head-health-challenge-ii?ref=0ap1000000238256 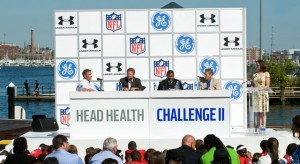 Representatives from the NFL, Under Armour and General Electric announce the Head Health Challenge II at an event in Baltimore on Wednesday.

love.fútbol Toronto Chapter Raises $20,000 to Build Soccer Field in Brazil
The LoveFútbol Toronto chapter successfully reached their goal of raising $20,000 to build the Field of Hope for the children of Penedo, Brazil. The community lacked a safe place for its children to play and now, thanks to the year-long dedication of the Field of Hope group in Toronto, a brand new soccer field will be available. This is the largest goal reached by any LoveFútbol Ambassador.
http://lovefutbol.wordpress.com/2013/09/05/love-futbol-toronto-chapter-raises-20000-to-build-soccer-field-in-brazil/ 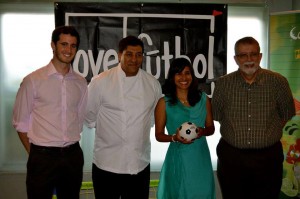 Hyundai Unveils Film Competition to Support College Football
Hyundai is working with programs at 25 universities to assist students in submitting a one-page treatment for a two- to five-minute film that “showcases football-related traditions that inspire the students, alumni and fans.” From those treatments, Hyundai said it would choose several top entries to move onto the filmmaking process. Each of these finalists will get $10,000 to produce their film.
http://brief.promaxbda.org/content/hyundai-unveils-film-competition-to-support-college-football-platform 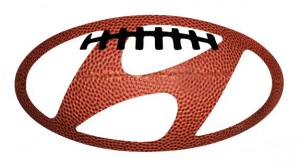 Cole Hamels Runs An Athlete Charity That Actually Works
The Hamels Foundation, which funds childhood education programs in Africa and in Philadelphia, is a tiny operation, with an annual budget of just under $1 million. But because Hamels covers all of the foundation’s expenses, 100% of every dollar raised actually goes to its programs, a rarity in the world of athlete-backed philanthropies designed more for buzz than impact.
http://www.forbes.com/sites/monteburke/2013/09/05/cole-hamels-runs-an-athlete-charity-that-actually-works/?partner=yahoomag 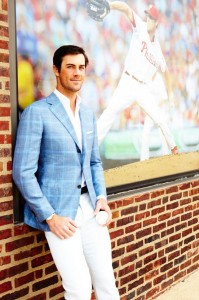 Tigers pitcher Justin Verlander commits $1 million to support Iraq and Afghanistan veterans and families
Detroit Tigers All-Star pitcher Justin Verlander joined the Detroit Tigers Foundation, an affiliate of Ilitch Charities, to announce a commitment of $1 million to launch an initiative called Wins for Warriors that will support the mental health and emotional well-being of Iraq and Afghanistan Veterans and their families in Detroit, Richmond and Norfolk.
http://detroit.tigers.mlb.com/news/article.jsp?ymd=20130828&content_id=58770564&vkey=pr_det&c_id=det 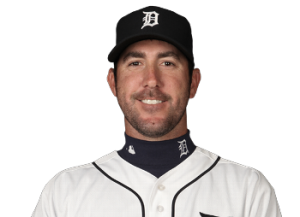 48 years later, African American state football champions finally receive their rings
The lack of that official acknowledgement has helped keep one of Georgia’s most historic prep football squads under the radar, despite one of the most heroic performances in prep sports history nationwide. Before kickoff of the state title game in Tifton, the Ku Klux Klan stopped the team’s bus and threatened the lives of the Trinity players if they won the game.
http://sports.yahoo.com/blogs/highschool-prep-rally/48-years-later-african-american-state-football-champions-183900502.html
Video – http://www.wsbtv.com/videos/news/champs-finally-get-rings/vCBHd8/

Buckingham Palace garden to stage its first football match
Next month the Palace lawn will become the world’s most exclusive football pitch when it stages a Southern Amateur League fixture between the world’s oldest Association Football club, Civil Service FC, and their local rivals Polytechnic FC. The match has been arranged by the Duke of Cambridge, in his capacity as president of the Football Association, as part of the celebrations of the FA’s 150th anniversary.
http://www.telegraph.co.uk/news/uknews/prince-william/10281244/Buckingham-Palace-garden-to-stage-its-first-football-match.html 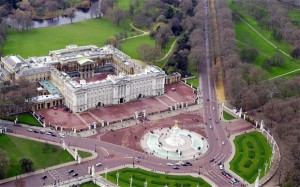 How pro sports teams are using data analytics to draft better players
But pro teams aren’t just using these software tools to figure out what to charge for a lower bowl seat or when to offer a special promotion; indeed, teams are also turning to analytics to help scout potential draftees, figure out what to pay for a potential free agent and predict how a given player might perform in specific situations.
http://business.financialpost.com/2013/09/03/pro-sports-teams-turning-to-data-anlaytics-to-fill-seats/?__lsa=81c6-5e6b 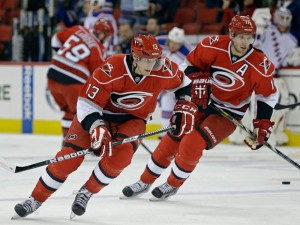 To help fill seats, the Carolina Hurricanes and other pro sports teams are starting to implement many of the same software and data analytics technologies currently used by insurance companies to nab fraudsters or by large corporations to identify new business trends. AP Photo/Gerry Broome 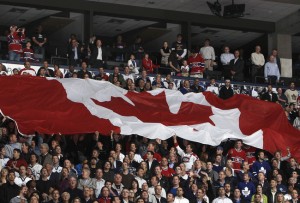 Play to the Whistle: A Pilot Investigation of a Sports-Based Intervention for Traumatized Girls in Residential Treatment
Adolescents in residential treatment settings have symptoms that prevent them from participation in normal youth activities, which in turn prevent development of social skills and competencies. A sports-based intervention called “Do the Good” (DtG) was designed for this population using trauma-informed treatment principles. This paper describes the intervention model and presents outcome data.
http://www.sportanddev.org/en/toolkit/latest_publications/?6025/1/Play-to-the-Whistle-Sports-based-intervention-for-traumatised-girls 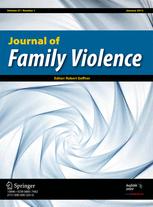 FOX Sports Florida to Premiere ‘Inside the Panthers: Cats in the Community’
This episode will feature the Florida Panthers community involvement, with a focus on the Panthers Foundation’s care for pediatric cancer patients. Fans will also get an exclusive look surrounding a key fundraiser for the foundation, the Ford Casino Night Gala, which will be held on October 23rd at the BB&T Center.
http://www.foxsportsflorida.com/story/FOX-Sports-Florida-to-Premiere-Inside-th?blockID=936125 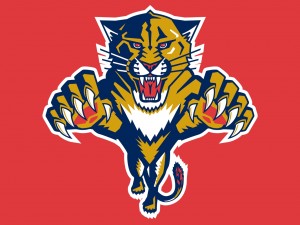 Is Your Child Ready to Play Sports?
When it comes to signing your child up for a sports team, it’s natural to feel a bit of trepidation while they’re still young. While you do not want your child to be behind the other children in terms of skills, you may wonder if your child is ready to devote the time and effort it takes to learn a sport and to be a part of a team.
http://www.findababysitter.org/blog/is-your-child-ready-to-play-sports/ 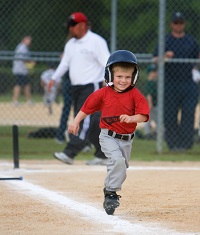 Beyond Sport and Barclays extend partnership
David Wheldon, Barclays managing director of brand, reputation and citizenship, said: “To create real sustained success in the community you require the best partners, and that is exactly what we have had with Beyond Sport since 2009. They have the energy and expertise in an increasingly complex world to drive positive social change using sport.”
http://www.sportbusiness.com/sportbusiness-international/beyond-sport-and-barclays-extend-partnership 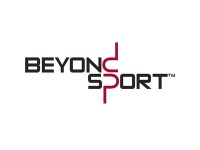 Women’s Cycling Association Ready to Set the Course of History in Women’s Sports, Once Again
The mission of the WCA is to develop, maintain, and support a network of women cyclists and supporters of women’s cycling. The WCA will work to advance the interests of women cyclists by developing and advancing policies with governing bodies and engaging in media outreach.
http://www.grunduskigroup.com/2013/08/womens-cycling-association-ready-to-set-the-course-of-history-in-womens-sports-once-again/

Atlanta Falcons Player Jonathan Massaquoi to Return to His Former School Richards Middle School in Lawrenceville, Georgia, to Talk about Goal Setting
Massaquoi, was invited by his former P.E. teacher, Ron Hickman, to come back out to Richards Middle School to kick off the initiative at a G.R.I.P. assembly and Q and A. Richards Middle School students are being asked by school administers to practice three habits this year (1) concentrate on their academic success  (2) make great choices, and (3) take responsibility in everything they do.
http://sportsgwinnett.com/2013/09/atlanta-falcons-player-jonathan-massaquoi-to-return-to-his-former-school/ 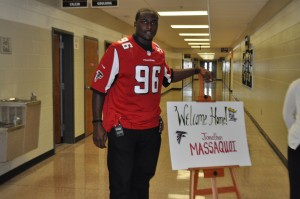