Welcome to week eighty of the Sports Doing Good newsletter. This week’s first 10 stories include:

Introduction
We had two great themes emerge this week. One we have featured before, while the other is a first-timer.

The theme we have previously featured, i.e. doing the best with what you have, frankly never gets old. Two of the stories this week involve young people who live life with the assistance of prosthetic limbs. In one situation, the young lady is missing her left leg. In the other, the young man is missing parts of all four of his limbs. And while their accomplishments in their respective fields, cheerleading and soccer, are impressive, it is their attitude that is life-affirming and absolutely priceless.

The other theme this week that caught our attention involves the announcements of several new television programs that will take a close look at the people, places and things that make sport so important in our society. Both channels involved, CNN and HBO, have a well-deserved reputation for tackling tough issues and providing deeper looks into issues that impact us, including ones that feature the good in our society. These programs should be “must-see TV” and will hopefully be part of a growing trend where the good in us is lauded and held up for the recognition that it deserves.

In addition to those stories we are proud to include those involving: Maurice Levy from And1, aspiring journalist Haley Smilow, cricket legend Sachin Tendulkar, NBA rookie Otto Porter, Jr., former NFL and Super Bowl MVP Kurt Warner, the one and only Jeremy Lin, Olympic medalist Bode Miller, and the folks from Greater Atlanta Christian high school, amongst others.

Quadruple Amputee Scores Against All Odds on High School Soccer Team (w/ video)
Jorge said he doesn’t consider himself to be disabled. “I just feel like a normal person because everyone treats me like it. I just keep going on and doing what I want to do,” Jorge said. “I always tell people, ‘Never give up.’ Look, I have no arms and no feet and I can do everything without them. I can still kick a soccer ball, hit a baseball, type and even text,” Jorge said.
http://gma.yahoo.com/quadruple-amputee-scores-against-odds-high-school-soccer-224315598–abc-news-topstories.html 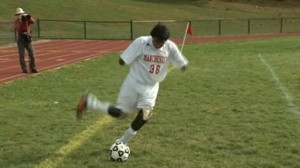 Carnegie Exclusive Interview: Maurice Levy, Director of Marketing, And1
It is important because we are establishing ourselves as an authentic grassroots brand. There is a responsibility that comes with that. It’s very hollow to try and position yourself as a brand involved with the various basketball communities across the country and then not give back to those communities in turn.
http://carnegiese.tumblr.com/post/63536398521/carnegie-exclusive-interview-maurice-levy-director-of 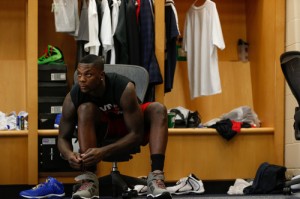 Lance Stephenson of the Indiana Pacers

On the Baseball Beat; At 12, Landing Interviews with Major League Players
The interviews have extended Haley’s rooting interests beyond the Yankees — which comes in handy, now that the Yankees are not part of the playoff action — and have helped with her dyslexia. She researches the players and prepares a list of questions beforehand, and then writes and edits the interview afterward, said Haley, a seventh grader at the Stephen Gaynor School, a private school in Manhattan for students with learning differences.
http://www.nytimes.com/2013/10/06/nyregion/at-12-landing-interviews-with-major-league-players.html?_r=0 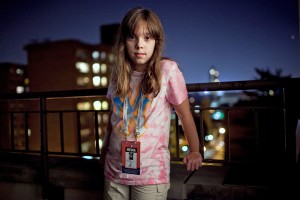 Indian Cricket Great Sachin Tendulkar to Retire
At 5-foot-5, the 40-year-old Tendulkar is known as the Little Master. He is widely regarded as cricket’s greatest batsman since Donald Bradman, the Australian great who played in the 1930s and ’40s. Having made his test debut for India in 1989 at age 16, Tendulkar has scored 15,837 runs in 198 tests and 18,426 runs in 463 one-day internationals.
http://abcnews.go.com/Sports/wireStory/indian-cricket-great-sachin-tendulkar-retire-20529118 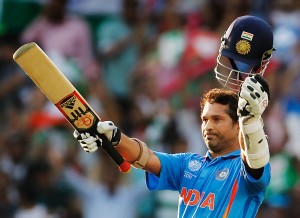 Greater Atlanta Christian (GAC) makes things right after opposing team burglarized
The visiting Howard (Tenn.) football players were visibly distraught, and rightfully so, after a Sept. 27 road loss to Greater Atlanta Christian. Their emotions had nothing to do with the game’s outcome, though. The 67-20 loss was rough, but it was followed by news that their locker room had been robbed during the second half.
http://www.gwinnettdailypost.com/news/2013/oct/09/hammock-gac-makes-things-right-after-opposing/?sports 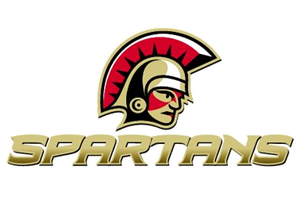 HBO Sports Orders New Documentary Series STATE OF PLAY from Peter Berg
STATE OF PLAY will take on complex and multi-layered themes in sports, exploring their relationship to larger society. Each new edition will spotlight a topic or person whose impact on the sports world is undeniable, opening with a brief overview followed by a 40-minute cinéma vérité documentary and concluding with an in-depth, 20-minute roundtable discussion of the issue with the filmmakers, subjects and guest experts.
http://www.broadwayworld.com/bwwtv/article/HBO-Sports-Orders-New-Documentary-Series-STATE-OF-PLAY-from-Peter-Berg-20131008 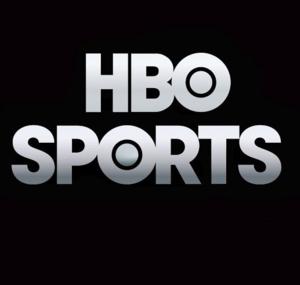 Otto Porter Jr.’s anonymous lunch with a homeless man is detailed in a letter to the Washington Post
Washington Wizards rookie Otto Porter Jr. has yet to play a regular season game for his new team, but between his Georgetown roots and recent anonymous charitable actions, his local Q rating has to be sky high.
http://sports.yahoo.com/blogs/nba-ball-dont-lie/otto-porter-jr-anonymous-lunch-homeless-man-detailed-173612256–nba.html 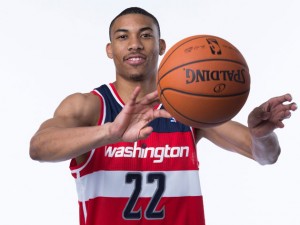 Cheerleader With One Leg Doesn’t Let The World Get Her Down, Takes Self-Acceptance To New Heights
Her inspiring self-acceptance is evidenced by an attention-grabbing zebra-print prosthetic leg that tells the world she is proud of who she is on and off the sidelines. “You can’t change it, so own it. Being able to inspire people is something I’ve always wanted to do,” she says. And inspire us she does.
http://www.huffingtonpost.com/2013/10/10/one-legged-cheerleader-patience-beard_n_4079166.html
(Video, http://youtu.be/iR7ESTgoBpE)

After coming out, college basketball player finds passion for sport at all-time high
Derek Schell, the first openly gay NCAA Division II basketball player sees his excitement renewed after coming out to his teammates and coaches. “Sometimes the darkest times in life are only doorways to the best moments of your life.”
http://www.outsports.com/2013/10/7/4810058/derek-schell-hillsdale-college-basketball-ncaa-gay-coming-out-story 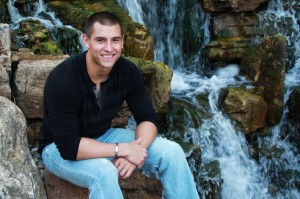 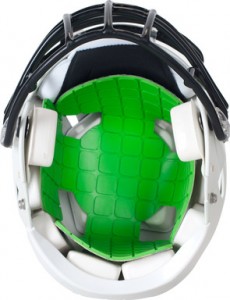 Frontline’s landmark ‘League of Denial’; A gripping story of decades of NFL coverup and the deadly consequences
This story involves billions of dollars, fanatical loyalties, denial, and life and death, and—let’s be frank: good and evil—and Frontline has told it about as well as it can be told. It’s one of the most remarkable pieces of journalism I’ve seen in a long time—a highly disturbing look at a corporate coverup and its direct human cost.
http://www.promaxbda.org/home/redirect?ID=dda88ef0-d27e-4616-a81e-dc700a15fba5

Jeremy Lin brings Rockets to ancestral homeland
”I kind of see this as a once-in-a-lifetime opportunity,” Lin told a packed news conference. ”I don’t know if I’ll ever be able to come back and play a NBA preseason game here where my parents were born and raised. ”Definitely, I am looking forward to it. It’s a celebration in some sense.”
http://sports.yahoo.com/news/jeremy-lin-brings-rockets-ancestral-150055657–nba.html 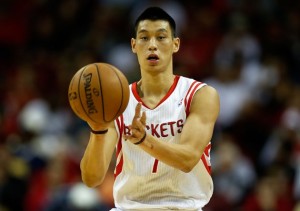 Orlando Magic to host “Pink in the Paint” night on October 20th
With Central Florida holding the highest rate of stage IV breast cancer in the state, the Magic’s “Pink in the Paint” Night presented by Florida Hospital provides a way to continue the team’s health and wellness efforts, one of the Magic’s three community focus areas.
http://www.baynews9.com/content/news/baynews9/sports/article.html/content/news/articles/bhsn/2013/10/9/orlando_magic_to_hos.html 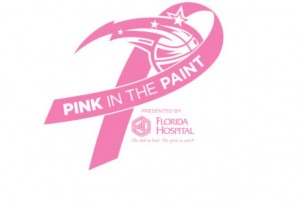 Commentary: Getting Girls in the Game Benefits Us All
October 11 marks the second annual International Day of the Girl, and the United Nations’ theme this year is “Innovating for Girls’ Education.” Making girls’ sports a priority is exactly the innovation needed to strengthen educational and employment outcomes across the globe.
http://www.huffingtonpost.com/kim-turner/getting-girls-in-the-game-benefits-us-all_b_4071388.html?utm_hp_ref=sports&ir=Sports 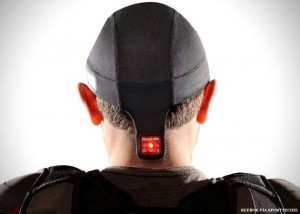 Governor Scott, NHL’s Florida Panthers and Tampa Bay Lightning Launch Governor’s Cup
The winner of the annual season series between the two Atlantic Division and in-state rivals will be awarded the Governor’s Cup following the final matchup of the season and each team will make a donation to the other team’s youth hockey initiatives.
http://panthers.nhl.com/club/news.htm?id=686264&cmpid=rss-News 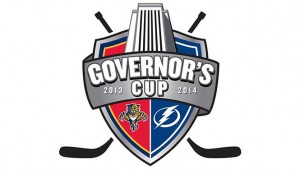 Unguarded with Rachel Nichols Kicks Off October 25 on CNN
“This is a terrific opportunity to create a show that takes a different look at the sports we love and the human side of the people who play them,” Nichols said. “And by doing that at CNN, we can incorporate the network’s incredibly broad and diverse perspective, which is a game-changer.”
http://cnnpressroom.blogs.cnn.com/2013/10/09/unguarded-with-rachel-nichols-kicks-off-october-25-on-cnn/ 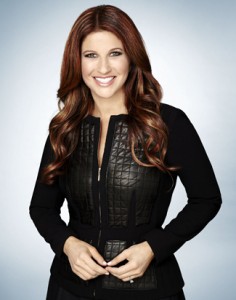 Researchers Press for Broad Ban on Hockey Fights
“Science has responded to the game on the ice,” said Ken Dryden, a Hall of Fame Canadiens goalie and a member of the Canadian Parliament, who spoke at the conference. “Now it’s time for the game to respond to the science.”
http://www.nytimes.com/2013/10/10/sports/hockey/researchers-press-for-broad-ban-on-hockey-fights.html?_r=0 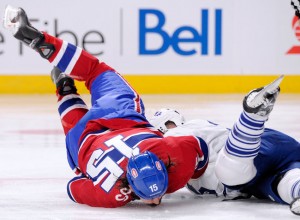 The Canadiens’ George Parros, left, was hospitalized after falling to the ice face-first in a fight on the N.H.L.’s opening night. Richard Wolowicz/Getty Images

U.S. Paralympics, Bode Miller announce Gateway to Gold
As a cornerstone of Gateway to Gold, U.S. Paralympics and its community partners, including National Governing Bodies, Paralympic Sport Clubs and veteran organizations are hosting introduction to sport and talent identification events across the country where athletes with physical and visual disabilities can have their potential measured through athletic skill drills and tests as well as assessment from top level coaches.
http://www.teamusa.org/US-Paralympics/Features/2013/September/30/US-Paralympics-Bode-Miller-announce-Gateway-to-Gold-program-to-identify-new-Paralympic-athletes#.UlXGqaINfE4.email

HBO plans new sports documentary series, ‘Sport in America: Our Defining Stories’
Collecting remembrances from fans across the nation, the film covers a wide spectrum of the American sports landscape, including baseball, football, hockey, tennis, basketball, boxing, high school athletics, the Boston Marathon and the Olympic Games…Sport In America: Our Defining Stories ranges from the achievement of Jesse Owens at the 1936 Olympic to the extraordinary comeback by the Chicago Blackhawks in the decisive game of the 2013 Stanley Cup Finals.
http://www.cleveland.com/tv/index.ssf/2011/11/hbo_plans_new_sports_documenta.html