Welcome to week one hundred forty of the Sports Doing Good newsletter. This week’s 10 stories include:

Three-sport high school athlete Riley Quinn is much more than a one-armed wonder
“Riley always had that inner drive and fire,” Chris said. “He’s wired a little different than the rest of the family. He’s definitely got some piss and vinegar. “Honestly, if he had both hands, he might just be a typical good athlete. Not having that hand just made him work that much harder and made his passion burn that much deeper.” Sports fed that passion — and he played all of them: kickball, football, basketball, baseball, soccer, tennis and golf. The two-handed world obviously had an advantage, but soaking in such a notion would only prove poisonous. He combated it with his natural furor, love for competition and unyielding work ethic.
http://www.maxpreps.com/news/Mo0h7ov7mk6MYvcqICP85Q/three-sport-high-school-athlete-riley-quinn-is-much-more-than-a-one-armed-wonder.htm 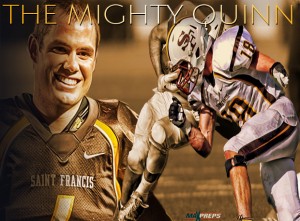 School or soccer? Hoyas’ Joshua Yaro is possible top MLS draft pick
“He wants to be a pro and he also wants his degree,” Hoyas Coach Brian Wiese said. “These are two things very important to him. The chatter of being potentially the number one pick, he thinks it’s nice but he says, ‘Is it realistic to get my degree?’ He always comes back to that. “He’s not just taking a major to get through college. He’s taking a major because he has big plans.” Yaro has lived in the United States for a little more than four years, starting at prep school in Southern California, but his heart remains in Ghana, the west African nation with an abundance of soccer resources and, in his opinion, insufficient institutional services, such as health care.
http://www.washingtonpost.com/blogs/soccer-insider/wp/2014/12/05/school-or-soccer-hoyas-joshua-yaro-is-possible-top-mls-draft-pick/?postshare=1381417789152805 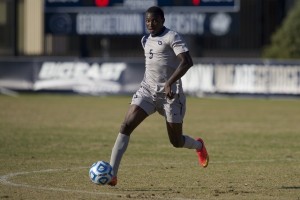 Andre Johnson plays Santa Claus, buys $16,266.26 worth of toys for local kids
The credit card company flagged the purchase as a fraud, so Andre Johnson had to call them to say, yes, he was actually running one transaction at Toy ‘R’ Us for more than $5,000. And that wasn’t going to be the last of it. It’s become an annual holiday tradition for Johnson. Each year since 2007, the Houston Texans receiver hosts a shopping spree for local kids. This year, 11 children in the care of Child Protective Services got 80 seconds (and the help of Texans cheerleaders) to stuff a shopping cart full of whatever they could. “I just enjoy doing it,” Johnson said. “… I always felt like if I was ever to make it, I wanted to give back. You go through stuff as a kid growing up. You understand certain situations. I understand some of the things these kids go through.”
http://espn.go.com/blog/nflnation/post/_/id/152359/andre-johnson-plays-santa-claus-buys-16266-26-worth-of-toys-for-local-kids?ex_cid=espnFB 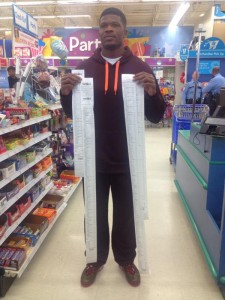 Historically black school, white coach … how Alcorn State returned to its roots (with a twist) to build a winner
“Today, Alcorn creates a day to remember,” then school president M. Christopher Brown II said. He saw the hiring as a chance to demonstrate Alcorn was open to diversity; its student body was already nine percent white and featured professors and administrators of all races. What better institution, Brown argued, to reject race playing a role in granting opportunities than one that for generations educated students who dealt with such discrimination? “I don’t see black and white, we’re all purple and gold,” Hopson said at his press conference, referencing the school colors.
http://sports.yahoo.com/news/historically-black-school–white-coach—–how-alcorn-state-returned-to-its-roots–with-a-twist–to-build-a-winner-232315637-ncaaf.html 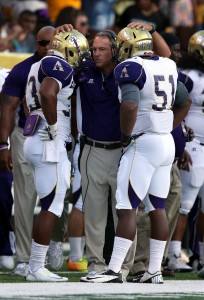 Lehigh-Lafayette rivalry reaches 150 on big stage of Yankee Stadium
Lehigh University in Bethlehem and Lafayette College in Easton first began playing football against each other in 1884 — twice per season at first and three times in 1891. They didn’t play in 1896 because of a dispute over eligible players, but they haven’t missed since. “You can’t have one without the other. Salt and pepper,” said Andy Coen, who is in his ninth season as Lehigh’s coach. “That connection right there gives the staying power to this rivalry. We played through World War I. We played through World War II. We played through the Kennedy assassination. All these different events that have transpired, where other rivalries took a year off, this rivalry has never taken a year off.”
http://www.ncaa.com/news/football/article/2014-11-21/lehigh-lafayette-rivalry-reaches-150-big-stage-yankee-stadium
(Video, http://youtu.be/5uftha4GiV8)  Caption: We pay a lot of attention to power conference rivalries but the Lehigh and Lafayette rivalry is every bit as heated and even more historic.

FIFA scores against Ebola
In its most recent humanitarian outreach, on 11 September 2014, FIFA joined forces with the UN to stop the spread of the Ebola epidemic in West Africa. FIFA’s involvement has led to and allowed the World Health Organization to make use of the Antoinette Tubman Stadium in Monrovia, Liberia. The stadium was donated by FIFA to the Liberian Football Association and is now being used for two urgently needed large-scale Ebola treatment centers. Commenting on the recent outreach FIFA president, Joseph Blatter, stated: “Thanks to the continuous, fruitful, and fundamental collaboration between FIFA and the United Nations, today we can use the power of football to combat the Ebola epidemic. To allay any concerns regarding the impact of the treatment units on the recently installed pitch, FIFA has also proposed to cover the costs of any damage.”
http://www.sportanddev.org/en/newsnviews/news/?7711/1/FIFA-scores-against-Ebola 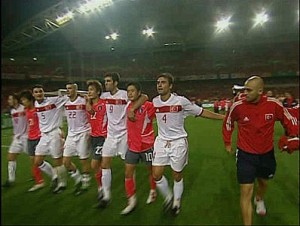 Sports stars are waking up; Finally, athletes aren’t just opening their eyes to injustice, they’re speaking out about it.
The current awakening confronts the intersection of race and power, but if players successfully challenged power by toppling Donald Sterling, and if they now feel emboldened to protest police brutality, domestic violence is a reminder that the activist male player should not get too comfortable. Men must now confront another power, and that power is themselves. The next awakening will be in discovering just how many of these dots players choose to connect, for the trinity of class, race and gender is inseparable. The masculinity system, like the justice system and the racist and classist elements that fuel today’s protests, now requires reform. Players’ actions will tell us whether they are more than just a commercial. If so, maybe their awakening will be complete.
http://espn.go.com/nfl/story/_/id/11978096/after-ferguson-sports-stars-waking-up 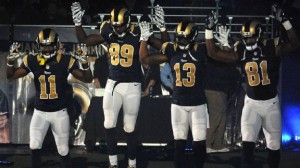 This 77-year-old grandma can lift more than you
Murphy laughs a lot and eats what she wants to eat, including Pizza Hut on football days, washed down with rum and cranberry juice. Every Monday, Wednesday and Friday morning, she heads to the local Y to lift weights and powerwalk. Since her victory, Murphy’s been getting a lot of love at the gym. All morning, people stop to congratulate her, give her fist bumps or ask to touch her biceps. One lady gets off the step machine to tell Murphy that she is her idol. Murphy says thank you and curtseys.
http://www.usatoday.com/story/news/2014/11/29/inspiration-nation-grandma-powerlifter/19656645/ 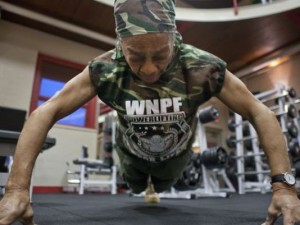 Fighting homelessness on the pitch; British organisations are using sport as a method to re-integrate the less privileged back into society.
“It was hard work, but good fun,” said Dom Bennetto who joined the team a year ago after becoming homeless at 22. He reckons rugby could also help reduce the “stigma” associated to homelessness. “These are normal people that, as a result of a bad decision or being at the wrong place at the wrong time, ended up homeless. They are not bad people. They have good hearts. They are always there to back you up.” WHRT founder Darran Martin hopes the event will bring more visibility to the one-year-old initiative and inspire the setting up of similar ones. “This is a team that other clubs and charities can create in their area as a mechanism to deliver social good,” Martin told Al Jazeera.
http://www.aljazeera.com/sport/features/2014/11/fighting-homelessness-pitch-20141130171229714177.html 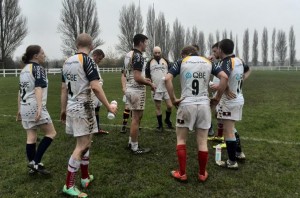 Thalente Biyela – More Than Talent
You would never deduce this on your own. He’s too smart, too mature, too well-spoken to have been living on the street when he was 8, orphaned at 13, addicted to heroin at 14. To make it out of Durban’s red light district, one of the most desperate urban settings in Africa, is a feat in its own right. To do it when you spent much of your childhood starving and sleeping on concrete elevates one to a different survival league entirely. That Thalente’s story took place where and when it did — South Africa, 20 years after apartheid ended — is not insignificant. Nor is his long list of saviors, whose involvement often meant risking or sacrificing something substantial in their own lives.
http://espn.go.com/espn/feature/story/_/id/11973498/for-thalente-biyela-skateboarding-was-ultimate-escape 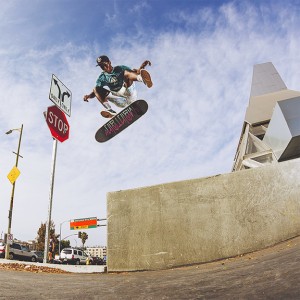