Not that hard to pronounce – Meb Keflezighi

Say the name a few times, it rolls right off the tongue.  🙂

What a great race on Sunday. Thousands of individuals from around the world converged on the streets on New York – okay, that actually occurs every day in NYC – but this day it was to run 26.2 miles. There were so many great stories of personal challenges, running for a larger cause, and ultimately, one of a great sports event with a dramatic finish. To see Meb battle the lead group, and then Robert Cheruiyot in those last few miles was thrilling. Imagine running all that distance and being stride for stride at the end!!

Meb’s story, and that of his entire family – leaving war-torn Eritrea and making a great life in the U.S. based on the power of education – is heartwarming, and so was his pointing to his chest at the USA written on his shirt and his broad smile. He ran with purpose, humility, and with the memory of his friend, Ryan Shay, a world-class runner who died during the race in 2007. If anyone should be able to point to his chest and point skyward, it is Meb (note to all the defensive backs in the NFL. You are NOT allowed to do that after you make a routine play.)

There are multiple articles on Meb and his great accomplishment. Here are just a few, one for the NY Daily News, one from Sports Illustrated, and the other from FanHouse. 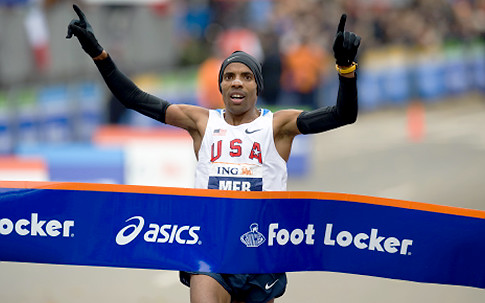 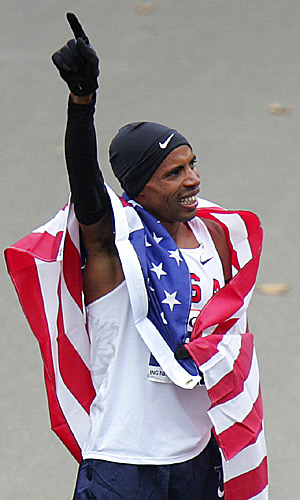