An Olympian who would not be denied

(71 years married may be more impressive than anything else Gretel Bergmann/Margaret Lambert has done!)

It is nice to see that this pioneering athlete will be duly recognized. Hopefully Gretel will now be able to sit back and enjoy the Olympics.  While Gretel and many other Jewish athletes were denied their chance to compete in the ’36 Olympics because of their religion, there is no denying that they are Olympians.

The full article from the AP can be found at http://news.yahoo.com/s/ap/ath_nazi_record, with an excerpt below.

Two weeks later, the 5 feet, 3 inches she jumped in Stuttgart, Germany, was all but obliterated and she was kicked off the team.

Bergmann was Jewish. She would miss that year’s Berlin Olympics. There was no way the Nazis would allow a Jew to compete and possibly win.

Now comes news that Germany’s track and field association restored the mark, calling the decision an “act of justice and a symbolic gesture” while acknowledging it “can in no way make up” for the past. It also requested that she be included in Germany’s sports hall of fame. 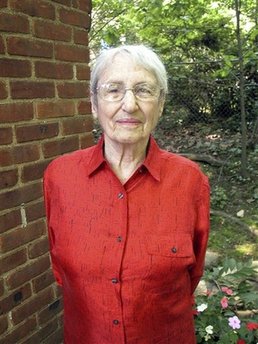 This was all a pleasant surprise for the 95-year-old Bergmann — a victory for the strong-willed woman who later changed her name to Margaret Lambert after emigrating to the United States in 1937.

“That’s very nice and I appreciate it. I couldn’t repeat the jump today. Believe me,” said Lambert, who lives in the New York City borough of Queens.

Lambert, interviewed by telephone, said she was on the German Olympic team from 1934 to 1936 but had gone to England at the age of 19 in search of schooling. She won the 1934 British High Jump Championships and had hoped to compete for Britain. But the Nazis learned of her success.

She said they forced her to jump for Germany, threatening her family even though Lambert figured the Nazis would never let her partake in the Olympics. It was a political stunt meant to appease the Americans.

She found the Jews living in horrible conditions upon her return to Germany.

“Jews were not allowed in restaurants, in movies, in whatever,” she told the U.S Holocaust Memorial Museum. “And even though I was a member of the German Olympic women’s team, I was not allowed in a stadium. I couldn’t practice.”

Lambert said the treatment of the Jews angered her and made her compete harder.

“The madder I got the better I did,” she recalled.

(The article continues at http://news.yahoo.com/s/ap/ath_nazi_record)