Winning and losing in the pursuit of happiness

When your favorite team loses, it can be disheartening, emotionally draining, and something that can even impacts your physical state (hopefully you haven’t punched any walls!). I have been there because, well, the teams I follow often lose or at least never win the big one (c’mon Knicks, Mets, Jets, Hoyas!!).

Two days ago the Washington Capitals, the top-seed in NHL playoffs, lost in Game 7 to the Montreal Canadiens. An incredibly tough game to lose if you are a Capitals fan. You are certainly disheartened, probably emotionally drained after a 2-1 fight-to-the-finish final game, and maybe even suffering physically (I could see a wall or table being a victim of some sports rage). Imagine if you are the owner of the team. How are you feeling? Well, it turns out okay enough to pen an emotional and inspiring letter to the team’s fans.

Ted Leonsis has always been seen as a pioneering owner, certainly when it comes to his ideas on how to use the Internet and new media to market his team and the NHL. His philanthropic efforts are just as impressive. But it may be his heartfelt commitment to his fan base and to the the DC community for which he will truly be remembered (note, he is not going anywhere. In fact, with his purchase of the Wizards, he is a DC guy for the very long term). 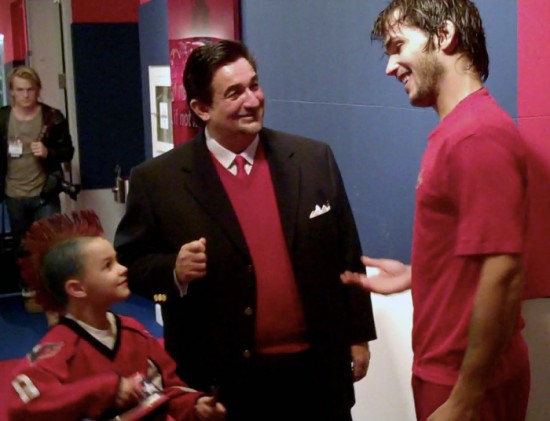 You can read Ted’s letter at his blog – yep, he has long had his own blog. Here is a short excerpt from “If It Doesn’t Kill You–It Makes You Stronger”:

“…my deepest desire is to build a franchise that is built to last. One that helps create wonderful lifetime positive memories between family members and between friends and communities of interest and to help bring a city closer together by winning a championship.”

We recommend taking a tour of the blog and also a sneak peek at his new book, appropriately titled, “The Business of Happiness: 6 Secrets to Extraordinary Success in Life and Work.” Ted is in the business of sports ownership. But it is clear that he also sees the bottom line including the happiness of his fans.