In 2011, Major League Soccer (MLS) will invite 2 more teams into the fold – the Vancouver Whitecaps and the Portland Timbers – bringing

the total to 18 teams in the U.S.’ top level soccer team. These are exciting times for MLS, with new, high profile players coming into the league, the post-World Cup excitement for the beautiful game in the U.S. and a special fervor we are seeing with the introduction each new team.

Seattle was the first to bring a level of passion not heretofore seen in the U.S. Actually it is passion normally associated with fans in Europe. Seems like we are benchmarking against those teams, leagues and fans. And that is great. Waving flags, scarves, songs and the practice of not sitting (I don’t subscribe to that one!) create an environment that separates soccer from other sports in the U.S. And soccer should aim for that. It is its own sport with its own culture, a culture embraced by its current fans and one that will be inviting to those becoming fans of the sport.

Good luck Portland, Vancouver and every other team in MLS as you develop your unique personality.

To get a sense of the excitement building for the Timbers, please check out a video by clicking here. (Makes me want to buy season tickets!) 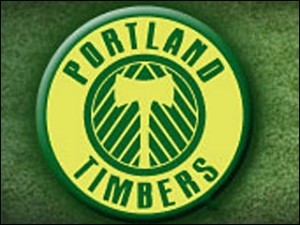