Should football pass on, run by, the practice of hazing?

There was a minor controversy that took place at the professional sports level, which is funny since most people would associate the source of this controversy to take place at the college and maybe high school levels. The issue at hand was Dallas Cowboy rookie wide receiver Dez Bryant and his refusal to participate in the age-old, at least to some, tradition of rookie hazing. Hazing, for those who are not familiar with the term, is pretty much a rite of passage, something you do to be part of a particular group.

Some might see Dez’s refusal as a divisive gesture, one that even in a minor way detracts from the sense of team unity that is so important for success at any level of sports. Others may see his gesture as admirable, one that sets examples for others, especially younger athletes, that such antics are not necessary in sports. Where is the right answer? Of course, somewhere in between. 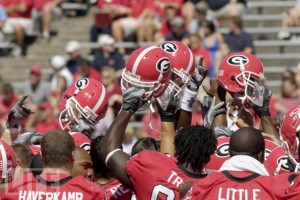 Team sports inherently involve coming together for a common purpose, making sacrifices, and working closely to overcome personal challenges to achieve group goals. Having a bond with others obviously increases the likelihood those goals will in fact be achieved. However, team sports, all sports for that matter, are similarly infused with the ideals of respect and fair treatment. The thing is, hazing, is a component of both aspects of sports.

Pro athletes seem to have a better grasp on what lengths they can take their hazing. Part of that may stem from the fact they are a bit older, they have a better perspective, and let’s be honest, they have a job that pays them money and no one want to lose that due to some silly hijinks. 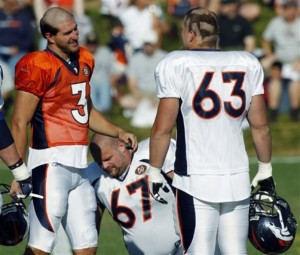 Unfortunately, younger student-athletes have too often been seen as incapable of knowing boundaries. There are too many examples of intimidation, humiliation, and mental and physical abuse. I saw a hazing/orientation captured on video and shown on TV last night. Non-sports related but same idea of bringing new members into a group. What I saw was absolutely brutal. And this example involved girls. No one is immune to such acts. 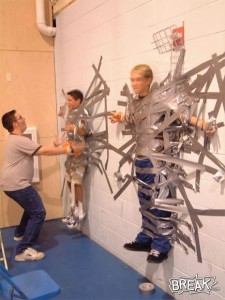 An opinion piece by John McGrath of The Tacoma News Tribune argues for the end of such practices but also advocates having ways to show humility and respect for each other. Definitely food for thought.

McGrath: Hazing outdated in 2010; Dallas Cowboys rookie receiver Dez Bryant wasn’t trying to serve as a social activist Sunday when he refused to follow an unwritten training-camp rule and acquiesce to the demands of veteran teammate Roy Williams.