We are all teammates – The story of Glenn Burke

A new documentary that recounts the story of a professional baseball player, Glenn Burke, from the 1970s, brings to the forefront an especially difficult forum for one to express who they are, i.e. a gay man, without the potential for debilitating negative recourse taken against them. The documentary, “Out. The Glenn Burke Story,” by Doug Harris – which I have not seen yet – seems to discuss the wonder of Glenn’s playing ability and his outgoing, fun personality. But despite that, and the apparent knowledge of many of his teammates that Glenn was gay, there was a feeling that was weighing on Glenn. A feeling that anyone who is subject to judgment based on being shamed or scorned for no good reason, “Why is this happening.” For me, the most telling part of the interview with Doug was when he said the following,

“But after doing this film, I think Glenn could have been a much better player if he didn’t have the stress, this weight on his chest of constantly dealing with who he was. … The players talk about it in the film. He wouldn’t go with them after games; he would always disappear and do his own thing. But he never hid who he was in the clubhouse. Everybody knew this guy was gay. He wasn’t sugarcoating anything.”

It pains me as an athlete and someone who constantly pronounces the good that make up sports and that sports can promote, to hear this. That someone could not reach their full potential due to their feeling that they would not be accepted for who they are. He suffered, his teammates suffered, and the fans suffered.

I am comforted to a degree that while his teammates did know, they did not completely shun him. He was one of them, an Oakland A and a Los Angeles Dodger. I think we underestimate the ability of athletes to deal with those are different. Is it because of some enlightened perspective they have? Probably not. More likely, it is about wanting to have a teammate whom they can trust, who is as committed to winning as they are, and who plays hard. That was one of the reasons Branch Rickey chose Jackie Robinson. His ability and personal makeup were unassailable, things that real teammates gravitate towards.

If there is something to hate, let it be intolerance. Whether it is someone’s race, nationality, gender, or sexual orientation, for others to consider that a reason to mistreat others, to shun them, is beyond comprehension to me. What insecurity must dominate someone’s mind and heart to do that to another person who is trying to do what we all are trying to do with our limited time in this world, i.e. to maximize our skills and opportunity to contribute. To discriminate, to put undue pressure on someone prevents this effort to the detriment of the person involved and to our detriment. To pull us out of this lose-lose situation, we must rally as teammates and do what teammates do…work together to fulfill our potential.

Glenn Burke died at 42. Through the efforts of one of his “teammates” Doug Harris, his story is being told. By seeing it, I think we will be that much closer to fulfilling that potential. 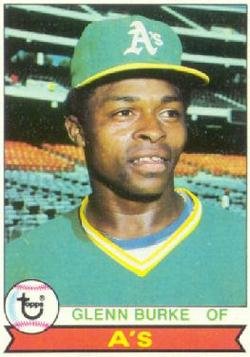 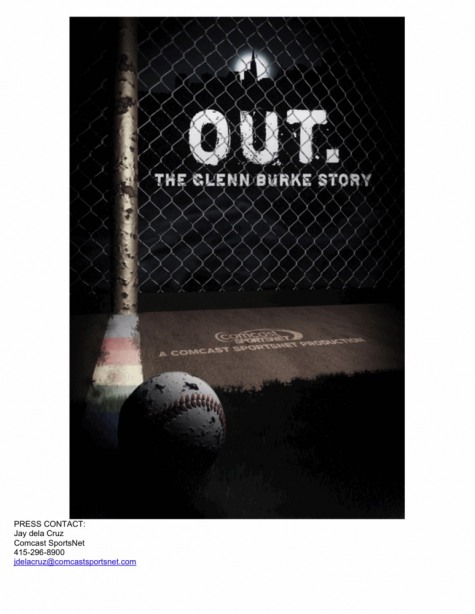