Sons of Ben and Philadelphia Union, Founding Fathers of a film

I just had my last soccer game this season – alas, we tied and fell 1 point short of a playoff birth – but this first season back on a club team after a number of years reignited the feelings of camaraderie, loyalty, and excitement that come with being associated with a group with a common purpose. I am fortunate to play with a great bunch of guys and look forward to continuing to do so.

What I know all too well is that my situation is a pretty fortunate one. I play soccer in a soccer-rich community, Long Island, and have all the resources I need to play the game – good field, uniform, equipment, etc. Not everyone is so fortunate and sometimes in takes the great efforts of concerned strangers to help us enjoy the games we love.

We came across a story where those concerned strangers are not really strangers at all. They are members of the soccer community, a community that is evident at the local, state, national and global level. And these “strangers”, i.e. MLS’s Philadelphia Union and the team’s great fan group, the Sons of Ben, stepped up big to support filmmaker Eugene Martin, who wants to tell a story of a group of young women who, despite limited resources, are able to also share those same feelings of camaraderie, loyalty, and excitement. That is what makes sports universal. Hopefully the story of the Anderson Monarchs will bring them additional resources to help them and others to fully experience everything the beautiful game has to offer. Best of luck to the Monarchs, filmmaker Eugene Martin, and the Union soccer community. 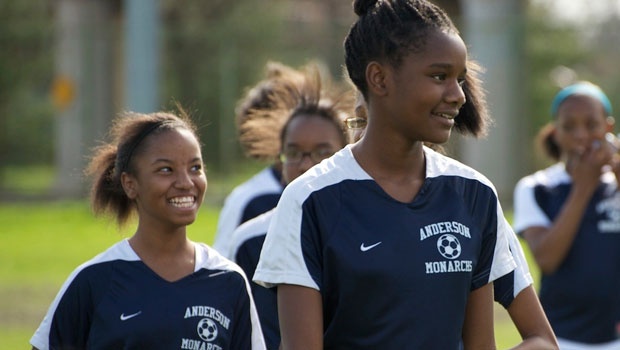 You can read the full story by Dave Zeitlin of MLSsoccer.com by clicking here. (The trailer for the film is also included. Definitely watch it!). An excerpt of Dave’s article is provided below.

For more than three years, filmmaker Eugene Martin gained inspiration from the Philadelphia-based Anderson Monarchs, the only all-black, inner-city girls soccer club in the country and the subject of his upcoming documentary film.

In the past few weeks, Martin has been inspired again – this time by the Philly soccer community as a whole.

With significant help from the Philadelphia Union and their supporters’ group, the Sons of Ben, Martin raised more than $25,000 in 35 days to ensure his film will be completed in time to be submitted for next year’s independent film festivals.

…Above all else, the film’s director expressed his gratitude toward the Union’s vociferous supporters’ group.

“The Sons of Ben were an absolute force,” said Martin, a former longtime Philly resident that now teaches film at the University of North Texas. “There’s no question in my mind that they were singlehandedly just about the biggest factor for this movie. It was an incredible surprise.”

This is not the first time the Sons of Ben have shown their charitable side. In January, the group donated $2,000 to another soccer documentary, “Gringos at the Gate,” in addition to their ongoing “Help Kick Hunger” fundraiser.

In this case, the Union fans championed Martin’s film because the obstacles overcome by the Anderson Monarchs serve as a reminder of what makes soccer great. 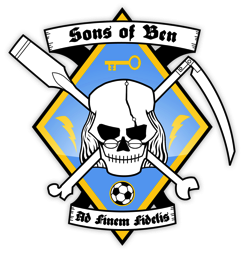