Welcome to week twenty-two of the Sports Doing Good newsletter.

Whatever our respective physical attributes, good and bad, we all have the ability to enjoy sports, whether as fan, participant, or both. While the Summer Olympics are done, we can take comfort in the knowledge that there will be numerous amazing performances taking place during the Paralympic Games. There will be no shortage of tears of joy, and possibly some pain.

The stories highlighted below feature an array of athletes, games, and causes. From the very tall (Yao Ming) to the very small (Andrew Robison, Soap Box Derby winners), from the pro baseball player (Austin Jackson) to the Paralympian rower (Oksana Masters), from superstar tennis players (Bryan Brothers) college football wanna-bes (Mo Isom), from learning how to swim to learning how to manage one’s money to being prepared for emergencies and disasters, from helping to improve one’s hearing to protecting young minds, from the soccer fields of India to the basketball courts of China, from two-legged Little Leaguers to four-legged friends, we are treated to stories that move us, motivate us, and make us stand up and take notice of all the good that is happening in sports and around sports.

A quick reminder about two administrative matters. In addition to our Sports Doing Good heading, we are now including some photos/images in each newsletter. Please make sure to allow images from Sports Doing Good to be seen by your email system. (you should see a button or link allowing you to view the images). Also, in addition to email stories, please feel free to send stories via Twitter. Our address is @sportsdoinggood.

Tiny 5-foot-1 6th grader may be youngest QB to pass for a varsity TD (video)
Robison achieved his feat for Franklin (Tenn.) Christian Academy during a 66-30 loss to McClain (Tenn.) Christian Academy on Friday. The pass in an 8-man football game was no screen job, either, with the eventual touchdown coming on a slant route from the shotgun, accounting for 63 yards. http://sports.yahoo.com/blogs/highschool-prep-rally/tiny-5-foot-1-6th-grader-apparently-becomes-145959731.html 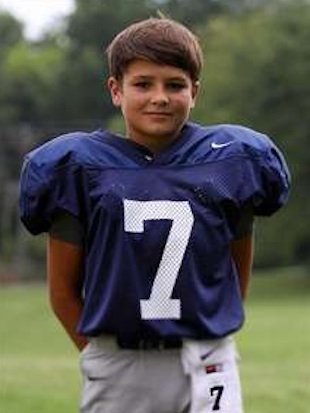 Austin Jackson’s incredible catch saves Detroit’s day in extra innings (video)
Instead, let’s just appreciate his robbery of Anthony Gose for what it was: An unbelievable play that saved at least a run and gave the Tigers a chance to win the game in the 11th inning. http://sports.yahoo.com/blogs/mlb-big-league-stew/austin-jackson-incredible-catch-saves-detroit-day-extra-232845054–mlb.html

Gold Medalists and Tennis Champs Mike and Bob Bryan Take on FDNY’s Bravest – Battling For Supremacy on Another “Court” As Part of NESTLE® NESQUIK® Charity Ping Pong Playoff
Identical twins and world champion tennis players Mike and Bob Bryan are recent gold medalists and have racked up 11 Men’s Doubles career Grand Slam Titles and 61 overall titles.  And, yesterday, they went head-to-head with a team of unlikely, but worthy, opponents … firefighters from FDNY’s esteemed units in all five boroughs.  Unlike the Bryans’ recent matches in London, the pros this time met New York’s finest on a different type of “court” – the table tennis court, as part of a ping-pong charity tournament hosted by NESTLE® NESQUIK®. http://finance.yahoo.com/news/gold-medalists-tennis-champs-mike-122100821.html

Oksana Masters: Not just any body
So who exactly is Oksana Masters? She is a U.S. Paralympic rower who has teamed up with rowing partner, Rob Jones, and together, they have set their sights on a world record in the 1,000-meter trunk and arms double rowing competition. The 2012 Paralympic Games will be held in London Aug. 29-Sept. 9. A few photos of Masters in a national publication will reveal just a little bit about who she is. http://www2.teamusa.org/US-Paralympics/Features/2012/July/24/Oksana-Masters-not-just-any-body.aspx

Yao Ming visits Kenya to film anti-poaching documentary aimed at protecting African elephants, rhinos
Retired NBA star Yao Ming is using his international renown and domestic status as one of China’s most recognizable public figures to try to convince his fellow Chinese citizens to stop seeking products made from elephant ivory and rhino horn, hoping to curb the demand that fuels poaching in Africa and is helping bring Kenyan elephants and rhinos perilously close to extinction. http://tinyurl.com/c67cjkt 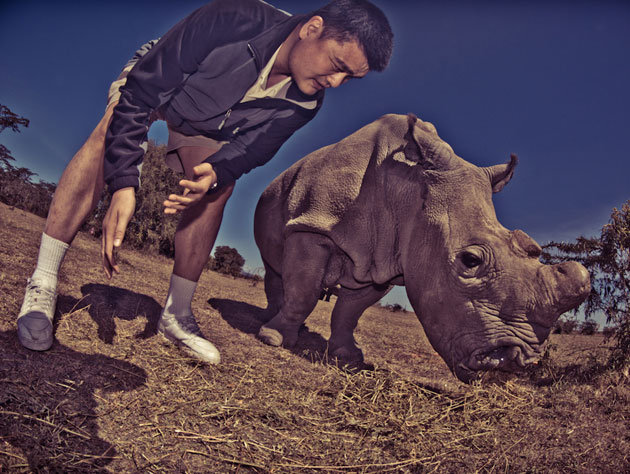 Let it Fly
This week, former LSU goalie Mo Isom will try to become a kicker for the Tigers football team. But even if she makes the team, her greatest accomplishment may be surviving the past five years. http://www.grantland.com/story/_/id/8278704/former-lsu-goalie-mo-isom-try-kicker-tigers-football-team-no-matter-happens-knows-not-end 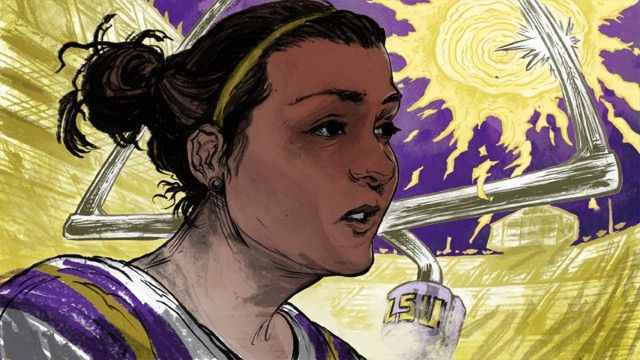 Olympic-Sized Boost for Paralympics
Enthusiasm and excess ticket demand for the just-completed Olympics has helped generate record-setting sales for its parallel event, the Paralympic Games, which begin next week as a virtual sellout. All but 200,000 of the 2.5 million tickets have been sold for the quadrennial international sports competition for athletes with physical disabilities, topping the previous record of 1.8 million tickets sold for the 2008 Beijing Paralympics. http://online.wsj.com/article/SB10000872396390444358404577607533664470316.html?mod=googlenews_wsj 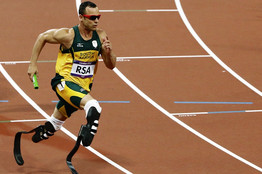 Green Sports Alliance Summit (September 5-7, 2012)
The Green Sports Alliance Summit is a three day executive summit designed for leaders from the sports community. The summit uses a mix of stories, case studies, lectures, panels, breakout groups, and site visits to introduce the participants to a range of thinking and best practices around sustainability that produce bottom line benefits while demonstrating responsible corporate and community citizenship. http://greensportssummit.org/

NBA to help out in Sichuan
Work will come before play. The NBA will put its focus on earthquake stricken areas in Sichuan province in the lead up to this fall’s China Games. Former Houston Rockets star Yao Ming and Los Angeles Clippers forward Caron Butler will spearhead campus activities and clinics the weekend before the sixth edition of the league’s tour of China. http://www.chinadaily.com.cn/cndy/2012-08/23/content_15699570.htm

NBA to launch first-ever NBA 3X presented by Sprite
The free interactive event will combine basketball and entertainment to bring an unprecedented NBA experience to fans in four cities from September 15 to October 21. The event will visit Delhi, Hyderabad, Chennai, and Mumbai and this will mark the NBA’s first event in Hyderabad. http://articles.economictimes.indiatimes.com/2012-08-21/news/33303185_1_nba-all-star-nba-all-star-3-on-3 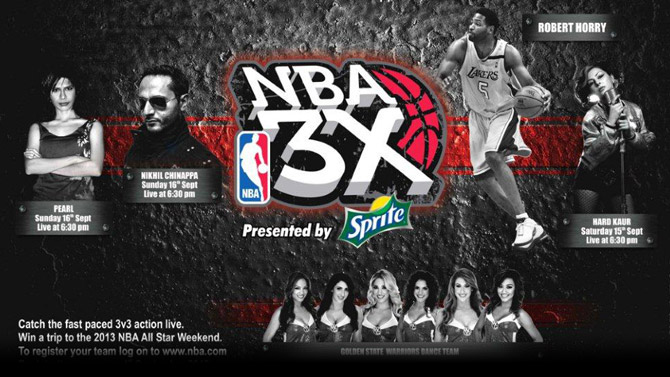 ESPN Teams Up with the Ad Council and FEMA on Ready Campaign
In collaboration with the Ad Council and as part of FEMA’s annual Ready campaign, ESPN will televise a public service advertisement (PSA) encouraging viewers to prepare for emergencies and disasters. The PSA launches in early August to lead into FEMA’s National Preparedness Month (NPM) in September. http://espnmediazone.com/us/press-releases/2012/08/espn-teams-up-with-the-ad-council-and-fema-on-ready-campaign/

USA Paralympics Announces NBC Broadcast Plans for London 2012
By creating original video content for the US Paralympics YouTube channel, YouTube.com/USParalympics, while also partnering with NBCUniversal and the International Paralympic Committee (IPC), US Paralympics will provide the American public with more coverage of the US Paralympic Team than any previous year. http://www.paralympic.org/news/usa-announces-nbc-broadcast-plans-london-2012

World class football academy to be set up in Vadodara soon
A national football academy, that will be at par with the best in the world, will soon come up in a township in Vadodara, which is expected to provide a much-needed fillip to the sport in India. The All India Football Federation (AIFF), along with its commercial and marketing partner IMG-Reliance, on Thursday presented a 360 degree plan of football development in India with a common vision of the country participating in the 2026 World Cup. http://articles.timesofindia.indiatimes.com/2012-08-23/top-stories/33341167_1_football-academy-img-reliance-world-class-football

NFL Players to Benefit from MMI Nonprofit Credit Counselors
The nonprofit Money Management International (MMI), the nation’s largest full-service credit counseling agency, announced that it is working with the National Football League’s Player Engagement department to provide rookies, veterans and retired players access to important financial literacy programs and services designed to equip them to maximize their full financial potential at every stage of their career. http://s.tt/1lqo4

Riddell and Good Sports Help Youth Football Players Nationwide Get In the Game
Good Sports, a national non-profit, and Riddell Sports, the Official Helmet of the National Football League®, are bringing smiles to thousands of kids across the country with their donation of 1,000 new Riddell Revolution Speed football helmets. Nearly 2,000 youth will benefit from this initiative including programs in Arkansas, Illinois, Massachusetts, Minnesota, Missouri, Texas and West Virginia. The donation is part of Riddell’s commitment to protecting athletes through innovative technology. http://www.businesswire.com/news/home/20120816006284/en/Riddell-Good-Sports-Youth-Football-Players-Nationwide 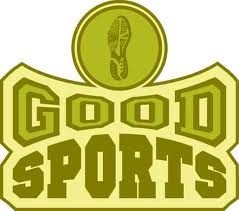 The Foundation for Tomorrow – Ridetz in Review
The Foundation For Tomorrow is a nonprofit organization that works with orphaned and abandoned children in Tanzania. This June it hosted RIDETZ, a 10 day, 400 mile biking adventure from Mount Kilimanjaro to the Indian Ocean, for the second time. This fundraising and awareness building journey was a huge success. http://thefoundationfortomorrow.org/2012/06/ridetz-in-review/

New York Rangers Dog Walk with Coach Tortorella
The New York Rangers and The John & Christine Tortorella Family Foundation are teaming up with the national organization Best Friends Animal Society for a dog walk event in Riverside Park, located on the upper West Side of Manhattan. Take your pooch for a walk while helping a good cause.  http://rangers.nhl.com/club/page.htm?id=81900&navid=DL|NYR|home

Little League Baseball Team From Lugazi, Uganda Loses and Wins
The African continent’s first ever participant in the internationally-televised youth tournament lost two games but made history Tuesday with a 3-2 come-from-behind victory over the U.S. Northwest champions Gresham, Ore., in a consolation game.  http://politic365.com/2012/08/24/little-league-baseball-team-from-lugazi-uganda-loses-and-wins/ 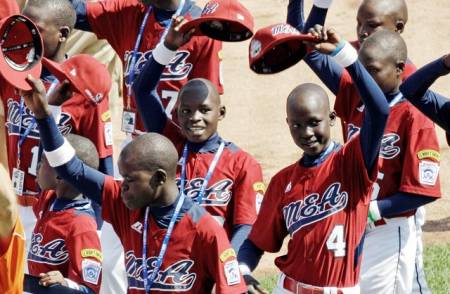 Don’t blame expensive shoes; LeBron, Nike won’t be at fault if people fight over expensive footwear
And I’ve never bought a pair that costs anywhere near $200, because that doesn’t make any sense to me. It’s basketball, not “Project Runway.” Suffice to say, the only way you catch me balling in a pair of the new LeBron X — at a suggested retail price of $180 — is when the price comes down, or if my mama buys me a pair for Christmas. The chances of me buying a pair of the LeBron X with the Nike+ technology — which the Wall Street Journal reported will go for $315 — is nonexistent.  http://espn.go.com/espn/story/_/id/8296112/blame-expensive-nike-lebron-shoes-misbehavior 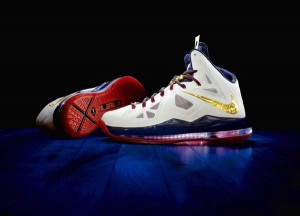