Welcome to week sixty-eight of the Sports Doing Good newsletter.

The idea of perseverance is a relatively common one in sports. The need to overcome physical, mental and/or emotional obstacles make sports a breeding ground for inspirational efforts. But we seemingly never get tired of such amazing feats, certainly not at Sports Doing Good. Part of that has to do with the fact that these obstacles are individual to each person, and such obstacles are constantly being redefined. Run 26.2 miles? Sure, that is a challenge…until someone else says s/he wants to run an ultramarathon consisting of 135 miles. What?!?

That is just one of the stories this week dealing with perseverance. In addition to the Badwater Ultramarathon, we have: Steve Ireland running for 24 straight hours; high and lower-profile young basketball players trying to achieve their lifelong dream of playing in the NBA; Joc Pedersen learning about perseverance from his older brother, Champ, who has Down Syndrome; and cancer survivor, baseball executive Derrick Hall of the Arizona Diamondbacks, who is helping to build a model sports franchise.

In addition to those stories, we feature: Kevin Garnett of the Brooklyn Nets; Paul Jeffries of City Soccer in the Community; USA Gymnastics/Right to Play; Patrick Chung of the New England Patriots; the importance of sports for young women; and MLB and the New York Mets’ commitment to community impact through a host of All-Star Game-related activities; amongst others.

Kevin Garnett will wear the number two in Brooklyn in tribute to late teammate and friend Malik Sealy
Sealy was an inspiration to KG, as the young forward sported the number 21 as a member of the Timberwolves in response to Sealy wearing the same number while at St. John’s. So when the Timberwolves traded for Garnett’s idol in 1999, KG was through the roof.
http://sports.yahoo.com/blogs/nba-ball-dont-lie/kevin-garnett-wear-number-two-brooklyn-tribute-teammate-214010937.html 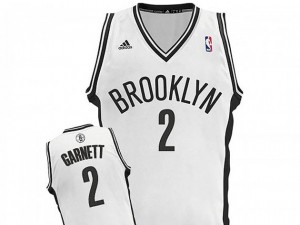 Carnegie Exclusive Interview: Paul Jeffries, City Soccer in the Community
My most valuable lessons were learned on the soccer field and not in the classroom.  Forgive the cliché, “soccer is life,” but under the guidance of a coach/mentor, the game can help empower young people with critical leadership skills and instill lifelong values of teamwork and friendship.
http://carnegiese.tumblr.com/post/55055464522/carnegie-exclusive-interview-paul-jeffries-city

North Jersey immigrants bond over the game of cricket
For West Indian and South Asian immigrants who grew up playing cricket on dirt pitches and schoolyards in places like Westmoreland Parish and Montego Bay in Jamaica, the game’s familiar rituals — and the camaraderie that comes along with the competition — are a source of comfort.
http://www.northjersey.com/hackensack/North_Jersey_immigrants_bond_over_the_game_of_cricket.html#sthash.pUknRJfN.dpuf 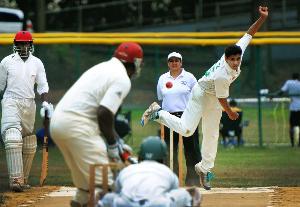 Summer League Solidarity: Lottery Picks, Long Shots Work Toward The Same Goal – NBA
Regardless of how an athlete got to Orlando, once they step on the court, the evaluation process and the stakes are the same, with the people who hold their professional basketball dreams watching every bounce of the ball. Impress or be gone. This kind of spotlight creates a bond between the instant millionaire lottery picks and the guys on the fringe, just fighting to play another week. It’s a camaraderie you might not expect.
http://www.thepostgame.com/blog/men-action/201307/nba-basketball-summer-league-orlando-college-stars-ncaa-draft-contracts 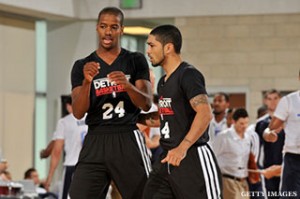 USA Gymnastics, Right To Play join forces to help disadvantaged children
Right To Play and USA Gymnastics share the mission of positioning sport and play as pathways for educating children and youth to overcome adversity in disadvantaged communities. Right To Play and USA Gymnastics plan to engage children and young adults throughout the United States in play-based learning and, in turn, encourage health, safety, leadership and teamwork skills through organized gymnastics activities.
http://www.righttoplay.com/usa/news-and-media/Pages/RightToPlayandUSAGymnasticsPartnership.aspx 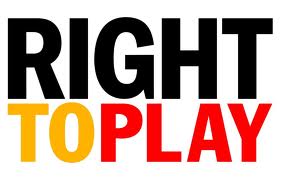 Badwater Ultramarathon: Just one more scary dream for Doug Long
The 31-year-old U.S. Army corporal is an experienced ultramarathoner who has completed some of the most challenging courses in North America, yet he’s never done the biggest. Some call it the Super Bowl of ultras, but he calls it the “doctorate of ultras” because in order to be accepted, a runner’s curriculum vitae must be exceptional.
http://espn.go.com/sports/endurance/story/_/id/9472312/endurance-sports-long-prepares-world-toughest-race-death-valley 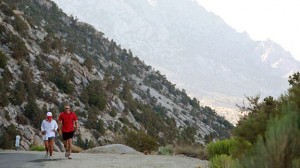 Dodgers prospect Joc Pederson inspired by older brother’s perseverance
Tyger stood near the first-base dugout Sunday, watching batting practice. He flew into New York on Friday, just him and Champ, who hates the takeoffs and landings but is fine with the rest. “He’s definitely an inspiration to us all,” Tyger said. “You can just see how he loves his life. He’s so happy all the time. That vibe, it’s hard to get anywhere else.”
http://sports.yahoo.com/news/dodgers-prospect-joc-pederson-inspired-by-older-brother-s-perseverance–004331079.html 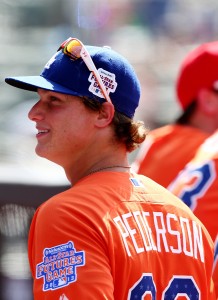 Joc Pederson is a well regarded prospect in the Dodgers system. (Getty Images)

NFL star Patrick Chung donates $25,000 to Boston Chinatown Neighborhood Center for summer music program (from Bonfire Impact)
Chung said, “I believe all young people should have the opportunity to experiment and learn about themselves, to be guided by mentors and to build lasting friendships through a bonding experience brought about by music.”
http://www.bonfireimpact.com/2013/07/16/nfl-star-patrick-chung-donates-25000-to-boston-chinatown-neighborhood-center-for-summer-music-program/

Gillian Tett on the link between successful women and sport – Being an athlete is one of the few socially accepted ways for teenage girls to compete
Girls who play sport at school learn at a young age that it is acceptable to compete aggressively. They also discover that success does not depend on looking good and that it can be acceptable to take pleasure in winning. That might seem an obvious point, at least to an adult man. But it is not so self-evident to young girls who are exposed to modern Hollywood teen – or tweenie – culture.
http://www.ft.com/cms/s/2/6039120a-e9bd-11e2-bf03-00144feabdc0.html#ixzz2ZXDmkvTn 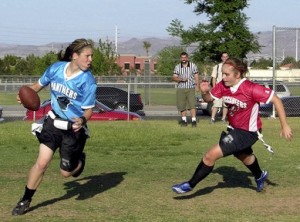 Major League Baseball and New York Mets to commemorate lasting legacy for New York City and beyond throughout MLB All-Star Week
The efforts include the following: renovation projects in Queens for youth baseball and softball fields, a veterans home and a local Boys & Girls Club; a Brownsville, Brooklyn public school courtyard that will be used for educational, recreational and environmental programs; a benefit concert in Central Park; a charity run in Prospect Park; and donations to the Wheelchair Sports Federation and Coney Island Hospital.
http://mlb.mlb.com/news/article.jsp?ymd=20130710&content_id=53318426&vkey=pr_mlb&c_id=mlb 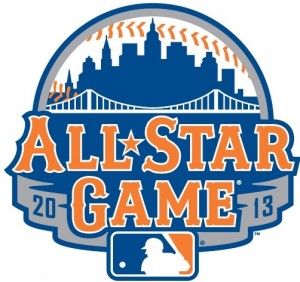 Coaches Across Continents continues to make headlines around the world.
He ploughed £2m of his own money into a charity – Coaches Across Continents – which has now worked with 320,000 kids in 20 countries. They train locals how to be coaches so they in turn can use simple football games to teach younger generations to resolve arguments peacefully, educate them about HIV/Aids and give girls confidence in male-dominated societies.
http://coachesacrosscontinents.org/2013/07/11/the-sun-newspaper-with-cac-in-uganda/ 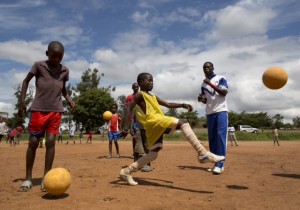 6 Current Football Players Join Suit Against NCAA
Six current college football players were added as plaintiffs Thursday to a high-profile anti-trust lawsuit that claims the NCAA owes billions of dollars to former players for allowing their likenesses to be used without compensation. “These athletes are incredibly brave. They are well-aware of the risks of standing up to the NCAA, and yet they felt that this was the right thing to do,” Michael Hausfeld, the lead attorney for the plaintiffs, said in a statement.
http://abcnews.go.com/Sports/wireStory/current-football-players-join-obannon-lawsuit-19708287 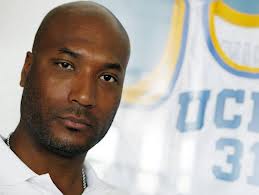 Cosmos Teaming Up with Street Soccer USA
Street Soccer USA is partnering with the Cosmos for the New York Cosmos Legends Gala on Aug. 1. The Gala is a fundraiser with proceeds going directly to HELP USA.
http://nycosmos.com/news/cosmos-teaming-street-soccer-usa 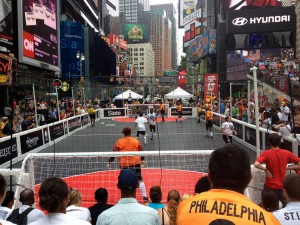 The 24-Hour Run: A Race Without a Finish Line
Aside from the ultramarathon portion of the 20in24 challenge that Ireland will be competing in, the event also includes options that allow people to run a relay, one loop in the middle of the night (the Midnight Madness run) or one loop early in the morning (the Pajama Run). This year, the Back on My Feet charity started a similar event in Austin, Tex.
http://www.nytimes.com/2013/07/19/sports/24-hour-racing-an-ultramarathon-without-a-finish-line.html?ref=sports&_r=0 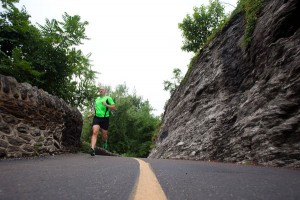 Mariano Rivera is the star of All-Stars
He stood alone, atop the mound, atop a city, atop his profession. The fans gave him a standing ovation. So did the players, on both teams, from the top step of each dugout. Mariano Rivera touched his cap to his heart, waved it at the fans, nearly broke down in tears. “It was amazing,” Rivera said. “It was a scene I will never forget.”
http://www.latimes.com/sports/la-sp-0717-all-star-game-20130717,0,1437055.story 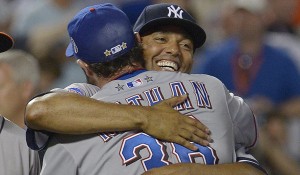 Texas Rangers reliever Joe Nathan is hugged by Mariano Rivera of the New York Yankees after closing out the American League’s 3-0 victory over the National League in the MLB All-Star Game on Tuesday. (Justin Lane / EPA / July 16, 2013)

Soap Box Derby racers to get open-wheel boost from IndyCar
There’s more to come from the Derby in terms of innovation, promotion and partnerships, Mazur said. “Three years from now, people will be blown away,” he said.
http://www.ohio.com/news/break-news/derby-racers-to-get-open-wheel-boost-from-indycar-1.414214 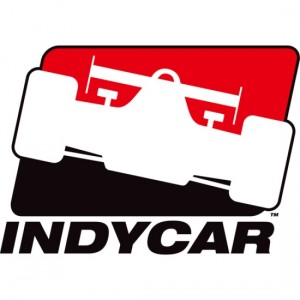 The IndyCar logo that will appear on cars in this year’s All-American Soap Box Derby and the Derby gets its logo on IndyCar events in a new deal between the two racing organizations.

Russell Investments to donate $2,000 for every Russell Wilson touchdown
The Seattle Seahawks expect big things from quarterback Russell Wilson in his second year as the team’s starter. Now thanks to a partnership with Russell Investments, Wilson has even more incentive to rack up as many touchdowns as possible this season for the Seahawks.
http://profootballtalk.nbcsports.com/2013/07/19/russell-investments-to-donate-2000-for-every-russell-wilson-touchdown/ 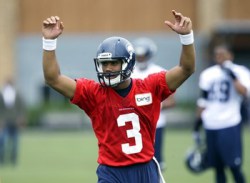 Arizona Diamondbacks President Derrick Hall as MLB Commissioner Bud Selig’s successor? It could happen
Since taking over as team president in 2006, Hall has implemented a dramatic change within the Diamondbacks’ organization, creating a homespun organization fueled by goodwill, relentless optimism and cornball catchphrases (FAWTSY: Find A Way to Say Yes!).
http://www.azcentral.com/sports/diamondbacks/articles/20130713arizona-diamondbacks-president-derrick-hall-mlb-commissioner-bud-seligs-successor-could-happen.html 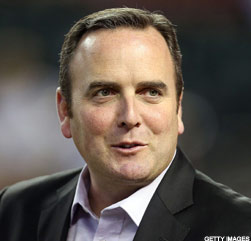 Blue Moon rising worldwide: Manchester City launches 10 international websites
Diego Gigliani, the Blues director of marketing, media and fan development said: “With the launch of our new multilingual sites, we are creating an online home for all our international fans. “We hope that, by reading news and watching videos direct from the official source and in their native language, they will feel closer to the club they love.”
http://www.manchestereveningnews.co.uk/news/greater-manchester-news/manchester-city-launches-new-international-5117933 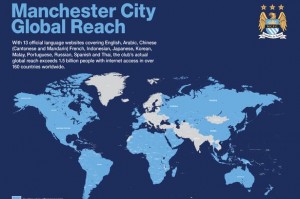 DC Comics And Under Armour Give Athletes A New Alter Ego
Under Armour and Warner Bros. Consumer Products previously collaborated on a custom Gotham Rogues apparel and accessories collection inspired by the Gotham Rogues football team uniforms in The Dark Knight Rises. Additionally, the limited edition Under Armour Alter Ego collection that included a specific Man of Steel baselayer T was recently released this spring and was met with unparalleled success, selling through inventory within hours.
http://online.wsj.com/article/PR-CO-20130718-910087.html 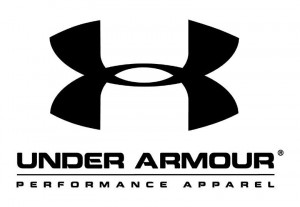