Welcome to week ninety-two of the Sports Doing Good newsletter. This week’s first 10 stories include:

Introduction
Since sports has no boundaries, neither do we when it comes to featuring stories. No matter the location, we are open to including stories involving individuals, organizations, companies, and events that speak to the universal allure and positivity of sports, whether that is in the United States or another part of the world. This week we have stories, when taken together, show that all over the world sport can influence the way we develop, how we deal with each other, and experience life.

We have stories involving: the DR Congo, a Frenchman with a legendary soccer career in England who now plays in New York; an American skateboarding pioneer visiting Cambodia; a book about the how ping-pong played a role in the evolving diplomacy between the United States and China; and two stories involving the upcoming Winter Olympics in Sochi, Russia. Those stories are mixed in with the stories taking place in: Alabama, Wisconsin, Washington, D.C., California, Michigan, Colorado, and Oregon.

Finally, if you are a regular reader of Sports Doing Good you know that we don’t play favorites. We enthusiastically champion every article we include for each one contributes positively to the discussions we want to help publicize, i.e. how sport is inherently good and that the people involved have opportunities not only to change their lives but those of others as well. With that in mind, we ask a favor: in addition to the other 19 stories, please take 5 minutes to watch the video that accompanies the AJ and AJ story. In the next couple of weeks we will highlight our favorite 20 stories of 2013 and are pretty sure this one will be there. We guarantee that you will love sports, and both AJs, after watching the video. (Kudos to Tom Rinaldi and ESPN for putting this together)

Relive 2013′s most uplifting sports moments at the World Series, Wimbledon, Augusta and more
In a year filled with tragedy and controversy, we’ve taken a few moments to celebrate all that was good and uplifting in sports. From Fenway Park to Augusta National, from Centre Court at Wimbledon to Jordan-Hare Stadium in Alabama, these are the most powerful images and events from the year just past.
http://sports.yahoo.com/blogs/the-turnstile/relive-2013-most-uplifting-sports-moments-world-series-165918376.html 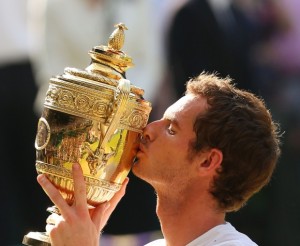 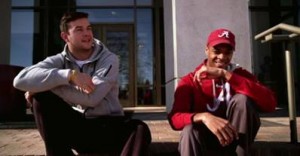 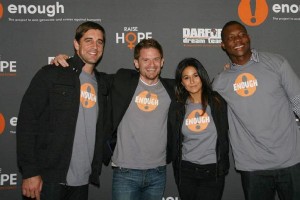 Washington Nats reliever Craig Stammen finishing his degree this offseason
Finishing the final semester of classes, once the baseball season begins, will be a challenge. He will squeeze classwork into his schedule after morning spring training workouts and around games. The classes will even bleed into the regular season for one month in April. “I’m just gonna have to be really good at time management,” Stammen said.
http://www.washingtonpost.com/sports/nationals/nats-reliever-craig-stammen-finishing-his-degree-this-offseason/2013/12/26/818ca92e-6ca5-11e3-aecc-85cb037b7236_story.html#! 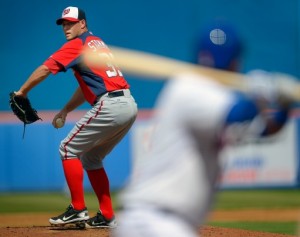 Nationals reliever Craig Stammen is completing his degree, at the behest of his mother. He’ll go to classes at the University of Dayton in January and finish online during spring training and the regular season. John McDonnell/The Washington Post

Giving Back After the Race Is Past
As Marco Sullivan, a 14-year veteran on the United States ski team, has grown older, he says his desire to get involved in philanthropy has increased. “When you’re a young athlete, you’re really focused on yourself. No matter what sport you’re in, you’re pretty self-centered,” he said. “The older I get in my career, the more I want to help out, whether that’s coaching kids or helping out with some small charities.”
http://www.nytimes.com/2013/12/31/sports/skiing/giving-back-after-the-race-is-past.html?pagewanted=1&_r=1 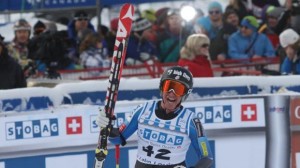 #FlipHenry – Thierry Henry Flipbook
With 400 goals to his name, we went one step further. Experience Thierry’s brilliance through the mixed lenses of video, hand drawn flipbook art, and motion graphic animation. Titi also happens to be a fan of Old-school Hip Hop. We thought it fitting to use the music track “Work” by the late, great Guru a.k.a Gang Starr as the backdrop, because Henry out thinks, out classes, and out works his opponents.
(Video, http://youtu.be/SB92JjZ65YI)

Stockton AA Hockey Team Will Play on Ice Painted by Fans
“The goal was to do something new, unique and different both for Stockton and for hockey in general. We also wanted to give our young fans an opportunity to showcase their creativity and to have a chance to interact with our players in a fun environment.”
http://bleacherreport.com/articles/1908877-stockton-aa-hockey-team-will-play-on-ice-painted-by-fans-for-a-promotion 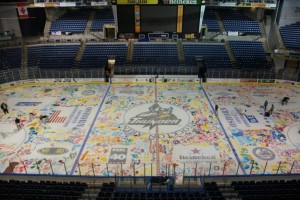 Tony Hawk Visits Skateistan Cambodia
Tony met Skateistan staff and students, helped out with some classroom sessions, and blew everyone away with his impressive bag of tricks. He also participated in one of our arts-based educational classes, making a mask out of an old Skateistan deck alongside students and volunteers.
http://www.athlebrities.com/2013/12/20/tony-hawk-visits-skateistan-cambodia/#more-9519
(Video, http://youtu.be/INNJXCvWEx4)

PING-PONG DIPLOMACY: The Secret History Behind the Game That Changed the World (new book)
“Ping-Pong Diplomacy” builds up to the events of 1971, when an American team was unexpectedly invited to visit China to participate in a table tennis competition. The book gives considerable credit to President Nixon, Secretary of State Henry A. Kissinger and Bill Cunningham — a careful China-watcher at the American Embassy in Tokyo who made the quick call that the team’s visit would not violate American foreign policy — for taking advantage of an unforeseen opportunity.
http://www.nytimes.com/2014/01/03/books/ping-pong-diplomacy-by-nicholas-griffin.html?_r=0 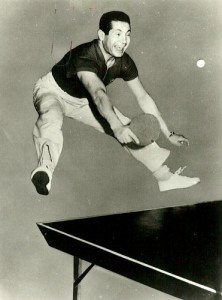 Richard Bergmann was a world champion who fought on D-Day. His story is one of many told in “Ping-Pong Diplomacy.” (The ITTF Museum)

2013: A Look Back, and Beyond (NY Times)
Up until the final day of 2013, reporters and editors for The New York Times are recalling the people, teams and moments that made last year memorable, and in some cases looking ahead to 2014.
http://www.nytimes.com/interactive/sports/2013-sports-lookback.html?ref=sports 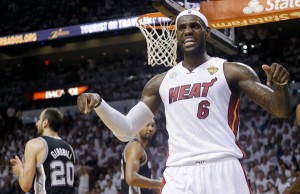 LeBron James was on the winning end of Game 6 of the N.B.A. Finals in June in Miami, what he called ‘‘by far the best game I’ve ever been a part of.’’ Lynne Sladky/Associated Press 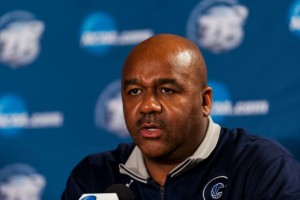 Unequal Technologies appears on NFL 2020
Unequal® Technologies, the leading provider of personalized, concealed sports protection, appears in the final episode of NFL 2020, a web video series on NFL.com. Hosted by the Seattle Seahawks’ Russell Wilson, NFL 2020 presents an engaging look at what the NFL and football could look like by the year 2020.
http://www.prnewswire.com/news-releases/unequal-technologies-appears-on-nfl-2020—presented-by-samsung-236569871.html 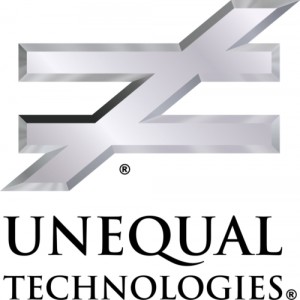 Caitlin Cahow: Celebrate diversity at Sochi games
Since its founding, the Modern Olympic Movement has stood for the notion that through sport, we may combat, “an ignorance which feeds hatreds, accumulates misunderstandings,” and impedes social progress. The Olympic Charter serves as the standard against which we can measure our progress in transcending social, economic, national and cultural boundaries, in hopes of finding a greater understanding in our shared humanity.
http://www.usatoday.com/story/opinion/2014/01/01/caitlin-cahow-gay-lesbian-sochi-olympics-winter-column/4262471/ 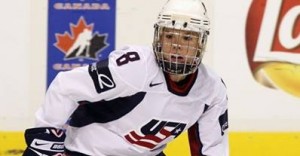 NHL chief hails Winter Classic following bumper attendance
NHL commissioner Gary Bettman has hailed the 2014 Winter Classic as a “terrific way” to start the ice hockey league’s new commitment to the outdoor game, with the New Year’s Day clash between the Detroit Red Wings and Toronto Maple Leafs expected to have set a new attendance record for the sport.
http://www.sportbusiness.com/sportbusiness-international/nhl-chief-hails-winter-classic-following-bumper-attendance 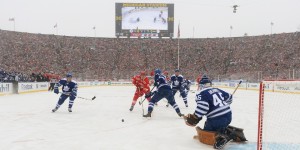 2013 Best Sports Feel Good Stories
This past year has been a great year for fans of inspirational sports stories.  Some of these stories might inspire you, some might make you cry, and hopefully, all of them will make you feel good.  Here then are our choices for the “13 Best Sports Feel Good Stories” in 2013.
http://www.sportsfeelgoodstories.com/2013-best-sports-feel-good-stories/

REI Foundation Awards $50,000 to GirlTrek
GirlTrek, based in Washington, D.C., was founded two years ago by friends Vanessa Garrison and T. Morgan Dixon. Today, the nonprofit is an active trekking community of more than 19,000 women and girls, 300 volunteers and a growing network of 155,000 supporters. Grounded in civil rights history and principles, GirlTreks health movement relies on inspirational stories, neighborhood organizers, active role models, partnerships and advocacy. Their mission is to inspire one million individuals to join them by 2018 in a walking revolution for better health in high-need communities across America.
http://www.sportsandsocialchange.org/index.php/component/content/article/3-recent-press-release-and-annoucements/752-REI-Foundation-Awards-$50,000-to-GirlTrek-%E2%80%A8?catid=3
(Video, http://vimeo.com/63164797)

Buena Vista High School Honored as Recipient of Russell Athletic’s Third Annual “Fight Like Dylan Award”
Russell Brands, LLC has announced Buena Vista High School (Colo.) as the recipient of the third annual “Fight Like Dylan Award,” which honors the courageous life of Dylan Rebeor, a terminally-ill player whose last wish was for new uniforms for his teammates.  In honor of Dylan’s character, courage and consideration of others, Russell will grant a $50,000 team uniform and equipment donation to Buena Vista High School for demonstrating determination through adversity.
http://www.heraldonline.com/2013/12/27/5534788/buena-vista-high-school-honored.html#storylink=cpy

U.S. women’s ski jumpers talk significance of sport’s Olympic debut in Sochi
After a long and tireless journey, the International Olympic Committee has added women’s ski jumping to the Olympic program, allowing the women to join their male counterparts, who have been jumping since the first Olympic Winter Games in 1924. The event will be making its debut at the Sochi Games this February. NBCOlympics.com talked to Americans Sarah Henrdrickson, Jessica Jerome and Lindsey Van about the significance of women’s ski jumping getting into the Olympics.
http://www.nbcolympics.com/news/us-womens-ski-jumpers-talk-significance-sports-olympic-debut-sochi#sthash.0ADIVfod.dpuf 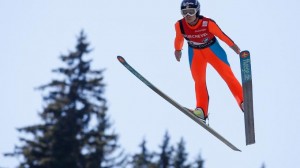 Meet the 7-foot skateboarder turned Oregon prep basketball project
After shrugging off suggestions he should join the powerhouse Jefferson basketball program as a freshman and sophomore — sticking to ollies, daffies and butter flips instead — he rarely saw action as a junior, although he caught basketball fever during the Democrat’s run to last year’s Class 5A state championship.
http://sports.yahoo.com/blogs/highschool-prep-rally/meet-7-foot-skateboarder-turned-oregon-prep-basketball-151842770.html 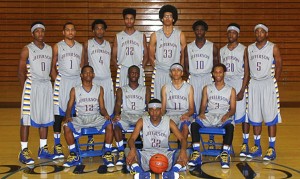 Sportanddev.org – Most popular articles of 2013
Published every two weeks, the sportanddev e-Newsletter is a central part of our work and gives us the opportunity to highlight some of the best articles published on the Platform. This year there was a lot of compelling content and news stories of significance to the sport and development sector.
http://www.sportanddev.org/?6510/1/Most-popular-articles-of-2013