Welcome to week one hundred twenty-seven of the Sports Doing Good newsletter. This week’s 10 stories include:

Introduction
Many times in sports, whether dealing with fans, athletes, teams, leagues, or events, the idea of dreams comes into play. We dream to make it to the professional level, we dream that our favorite team finally wins that elusive championship, we dream that we not only earn a trip to the Olympics but then win gold when we are there. In these and so many other instances, we hope for the unlikely and celebrate wildly if it becomes reality.

But dreams in sports, of course, are not only about winning. It is many times about just doing, just getting a chance to participate, to try, to experience the joys of sports and all that they have to offer. That is very much the theme that runs through the stories this week. So while we include stories dealing with professional athletes – Adreian Payne and the NBA – Eric Decker and the NFL – and Kei Nishikori and the U.S. Open – we also include stories of others who are not seeking professional glory but instead personal achievement or opportunities to support others and their hopes for a better life through sports.

With that in mind, we are happy to include: Cincinnati Bengals player Devon Still and his daughter; sports diplomacy involving the U.S. and Iran; community support for the ECHL’s Elmira Jackals; the successful relaunch of youth sports programs in Arlington, TX; the “I am a Kicker” project in Uganda; and 3-year old Tommy Morrissey and his love of golf; amongst other stories.

Cincinnati Bengals stick with Devon Still as he puts focus on daughter battling cancer
“They could have just washed their hands completely of it,” Still said. “Say we don’t care what’s going on in his personal life, we just want people who can care 100 percent on football, that’s what they pay us to do. But they thought about my personal issues and allowed me to come back on the practice squad so I still have insurance. They said if I keep working on my physical with my injury and mentally prepared myself to focus on football, then they can move me back up to the roster, so I am not all the way out of the loop.”
http://www.syracuse.com/axeman/index.ssf/2014/09/devon_still_of_cincinnati_bengals_puts_focus_on_daughter_as_she_battles_cancer.html 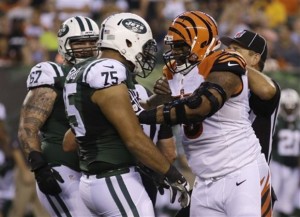 U.S. and Iran Engage in Volleyball Diplomacy
As an Iranian American who has lived in Los Angeles since the age of seven, the matches were particularly meaningful. Thanks to the State Department, which helped arrange the matches amidst high-stakes nuclear diplomacy with Iran, thousands of Californians packed in to watch each match, waiving both U.S. and Iranian flags alike, cheering every serve and spike. The event’s athletes and fans revealed the driving force behind the recent diplomatic engagement between the U.S. and Iran. Today, 60 percent of Americans support nuclear diplomacy with Iran. In turn, Iran’s populace, a nation where 70 percent of the population is under the age of 30, is overwhelmingly in favor of resolving the nuclear issue and opening strong relations with the United States.
http://www.huffingtonpost.com/farshad-farahat/us-and-iran-engage-in-vol_b_5775028.html?utm_hp_ref=sports&ir=Sports#

Jets’ Big-Time Receiver Nourished by Small-Town Roots
When Decker, 27, returns to Cold Spring, his hometown, about 80 miles northwest of Minneapolis, those who know him best have no trouble reconciling the person who left nine years ago to play football at Minnesota with the man he has become: a 6-foot-3 Velcro-handed receiver for the Jets who established his bona fides by catching touchdown passes from Peyton Manning in Denver, and who primps for fashion spreads and co-stars on a reality television show with his country-music-star wife. To them, he is just Eric, or Dex.
http://www.nytimes.com/2014/08/31/sports/football/eric-deckers-nfl-rise-began-on-the-ball-fields-in-central-minnesota.html?_r=1 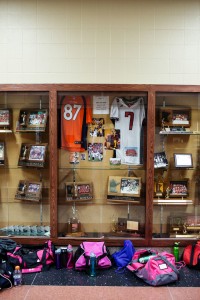 A section of a trophy case at Rocori High School in Cold Spring, Minn., is dedicated to Jets receiver Eric Decker, who played three sports in high school and had 2,156 receiving yards and 28 touchdowns in football. Tim Gruber for The New York Times

Hockey’s Green Bay Packers? ECHL Elmira Jackals become ‘community owned’
It’s all about getting back to the roots of small town sports: Instilling a sense of pride in having a local team, and creating a collaboration with the community in fueling that pride. NHL teams spend millions of dollars in an attempt to make fans feel like they’re a part of the team.  The Jackals have simply decided to formalize that relationship. “[It’s] making people understand how precious having a pro hockey team in the area,” said Abbott.
http://sports.yahoo.com/blogs/nhl-puck-daddy/hockey-s-green-bay-packers–echl-elmira-jackals-become–community-owned-174850134.html 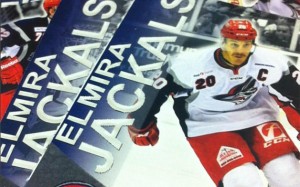 “Playing is Winning” philosophy a hit at City of Arlington (Texas)
Starting with 250 kids in that first year, the department now averages more than 5,000 participants annually. “Based on customer-survey responses, we started offering youth sports again due to our community asking us to get back in the youth-sports business,” says Wendy Parker (above), who has been the athletic director at the city for the past dozen years. “Our purpose was simple: Have kids participate without the pressure of competitive sports, while having fun.” And the kids have certainly been having a lot of fun through the years, thanks to the “Playing is Winning” philosophy, which the department uses for all of its programs.
http://www.nays.org/article/11093-?utm_source=September+2014+-+NAYS+update&utm_campaign=September+2014+Newsletter&utm_medium=email 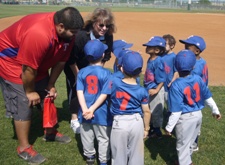 Loyal to the Royals, Hoping for a Renaissance
Gordon, 30, has now been a Royal for eight seasons. He has never played elsewhere and does not want to. He once ended a game with a home run, in 2010. It lifted the Royals out of last place for the day, but by the end of that season they were back at the bottom. Naturally, things felt different last Tuesday, when Gordon came to bat against Glen Perkins, the Minnesota Twins’ All-Star closer, with a man on first and his team down by a run in the bottom of the ninth. The Royals were in first place in the American League Central. Up in the radio booth, a familiar voice told his listeners that the best teams find a way to win games like this.
http://www.nytimes.com/2014/09/03/sports/baseball/loyal-to-the-royals-hoping-for-a-renaissance.html 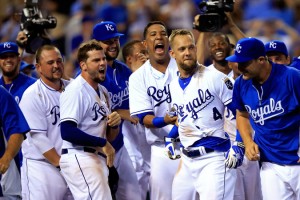 Alex Gordon (4), a Royal for eight seasons, with his teammates after he hit a game-ending home run against the Twins on Aug. 26. Credit Jamie Squire/Getty Images

NBA Dream Fulfilled: An Interview With Atlanta Hawks Rookie Forward Adreian Payne
When the Atlanta Hawks drafted Adreian Payne with the 15th overall pick, they helped the 23-year-old forward realize a life-long dream. I spoke with Payne earlier this summer, days before he headed out to Las Vegas to participate in his first NBA Summer League. During our conversation, we covered topics ranging from his experience on draft night, what it was like to meet Atlanta’s All-Star forward, Paul Millsap, and how it feels to part of the NBA family.
http://www.huffingtonpost.com/zach-wasser/adreian-payne_b_5773512.html?utm_hp_ref=sports&ir=Sports

Kei Nishikori out to make history at the U.S. Open when he takes on top seed Novak Djokovic at Arthur Ashe Stadium
Durability has been the biggest issue for Nishikori, and a major point of emphasis under his new coach, Michael Chang, himself an undersized player who won the French Open at age 17, and became one of the top players in the world. Working alongside co-coach Dante Bottini, Chang has sought to amp up Nishikori’s belief in himself and his weapons, particularly a backhand that Gilbert called “the best backhand in the world.” Said Cahill, “I think more than anything Michael has shown Kei the way Michael used to play: you fight to the last point. You find a way to put the aches and pains to the back of your head. You go out there and you don’t send a negative message to the other side of court. You show this guy you are in it for the long haul.”
http://www.nydailynews.com/sports/more-sports/japan-kei-nishikori-u-s-open-history-article-1.1929497#ixzz3CZDef7Uj 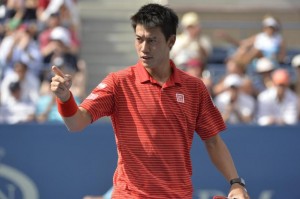 A pair of upsets has Japan’s Kei Nishikori in the U.S. Open semifinals on Saturday. Howard Simmons/New York Daily News

‘I am a Kicker’ project to be launched in Uganda
This project advocates for inclusive sport for all gender specifically getting more girls involved in sport activities especially football. Project ‘I am a kicker’ targets to bring more girls into the sport by working with local authorities, schools and clubs. The project looks forward to creating a positive competitive environment in which girls could practice and learn whilst ensuring that their first experience with a football would be one to remember.
http://sportanddev.org/?7335/1/I-am-a-Kicker-project-launched-in-Uganda

Tommy Morrissey, 3, is way ahead of the golf curve despite being born with one arm
Meet 3-year-old Tommy Morrissey, who is more than just your average adorable toddler. The pint-sized golfing prodigy can drive the ball nearly 100 yards despite being born without a portion of his right arm below the elbow. “It’s both a gift and a challenge. And he doesn’t know he has either one,” Joe Morrissey, Tommy’s father, told David Weinberg of the Press of Atlantic City. Tommy has nicknamed his right arm “Nemo,” after the character in the Disney animated film who has a small fin. Tommy lives with his family in Florida, and visits Linwood, N.J., during the summer. That’s where he took a lesson from Linwood PGA professional Jeff LeFevre.
http://www.golf.com/tour-and-news/tommy-morrissey-golf-prodigy-even-though-he-only-has-one-arm#ixzz3CZlpqnJh 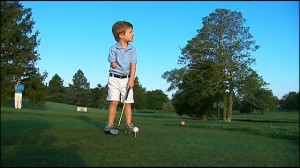