Putting your money, eh, kidney, where your mouth is

I was made aware of an amazing story on Monday night, a story that was going to “break” on Tuesday. Not that we are trying to scoop anyone of great stories, but it was exciting to learn of about this wonderful gesture, this wonderful relationship between coach, player, family, university, and community, a little before others did.

Here is a synopsis:

Tom Walter, head baseball coach at Wake Forest University, learned that one of his players, in-coming freshman Kevin Jordan, was diagnosed in January 2010 with ANCA vasculitis, a condition in which abnormal antibodies cause his white blood cells to attack healthy tissue in the body. In Kevin’s case, it left his kidneys functioning at 8 percent by August. Kevin needed to undergo dialysis about 20 hours a day.

Kevin was in desperate need of a new kidney. Unfortunately, the group from which a candidate most likely is found, his family, did not have a suitable match. So one was found on…the baseball team’s coaching staff? Yep.

After learning he had the same blood type, Coach Walter went through a series of tests over a several week span. Each time he passed tests to see if he was a suitable donor, more tests came. Luckily, he kept passing them. In late January 2011, Coach Walter was approved as a donor. He then announced that he was going to donate a kidney to Kevin.

The story is certainly a moving one for a host of reasons. In the world of Sports Doing Good, here are just a few.

— Coach Walter is quoted as saying, “”When we recruit our guys, we talk about family and making sacrifices for one another,” Walter said before the operation. “It is something we take very seriously. I had the support of my family, Wake Forest and my team. To me it was a no-brainer.”

Too often in life, not just in sports, we hear self-serving, empty pronouncements from individuals about how we should be living our lives and then see those individuals fail in each of those areas. We also hear coaches talk about the efforts of “their kids” and how the sports program is raising young men, yada, yada, yada.  Then we learn about poor graduate rates of these players, misdeeds of the players, and worse, misdeeds of the coaches. Following through on what you say, and for the student-athlete, it starts with the recruiting process, is the least a coach and school owes the student. In this case, Coach Walter more than stood behind his words.

— Coach Walter consulted all the proper parties and got the requisite support in going forward with the kidney donation, especially from his family. This was a decision that was going to impact so many people – the other players, the athletic department, the university, and of course, Coach Walter’s wife and children. It really resonated with us that he made this decision with everyone in mind, understanding the impact it would have on them. There was nothing selfish about this decision.

— The story lays out a timeline that does not include any pronouncement of the process that Coach Walter was going through. This was not a PR stunt. It was clear that the coach was doing this for the young man’s future, his life. No applause was being sought. Such a humble approach, in today’s world, is more than refreshing.

— Kevin Jordan is not escaping our sense of marvel. This young man completed his first semester despite his physical ailment. He went to his all of his classes despite needing 18 to 20 hours of daily dialysis. His incredible determination will surely serve him well during and after his recovery.

This is a truly great story. It captures everything we try to highlight, i.e. Sports. Doing. Good. The relationship that these men and families forged occurred because of sports. This is surely a story about doing, not just talking. Hence, the wonderful title to this post! And it surely reflects the good in people and makes us feel good.

Finally, a special Thank You goes out to a fellow Georgetown Hoya, a longtime family friend who was teammates with Tom on Georgetown’s baseball team, for giving me that heads up about the story.  As a friend and fellow Hoya, it was great to learn about such an uplifting story from him.  Him sending the story also gave me time to reflect on his dad, a top-of-the-charts kidney specialist and top-of-the-charts sports enthusiast. Sports, Doing, Good are what they are all about. 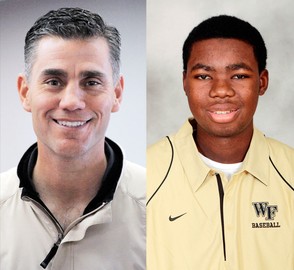