Welcome to week forty of the Sports Doing Good newsletter.

We want to make you aware of a new effort for us at Sports Doing Good. We have created a Facebook page and invite you to visit us at www.facebook.com/sportsdoingood and then “Like” us when you get there. We see Facebook as being an effective way to interact with you, our readers, both in terms of distribution of noteworthy stories, as well as in finding such stories.

Please continue to send along your stories. You are both our audience and our best source of stories. Our email address is sab@sportsddoinggood.com, our Twitter handle is @sportsdoinggood, and you can find us at www.facebook.com/sportsdoinggood.

So enjoy. And have a good week…and a great New Year.

Viral Video Shows Us ‘What Brought Us Together’ in 2012
It was a year of breakthroughs, adversity, accomplishments. And the web shared all of it. From the highest sky-dive to the fastest running man, a first vote or last mission, joys and tragedies, grumpy cats and flash mobs, from silly to serious; whatever it is that we shared in 2012, here is a compilation.
http://armchairadvocates.com/2012/12/21/viral-video-shows-us-what-brought-us-together-in-2012/

Arian Foster’s young fan is worried about his heart, he uses Twitter to calm her fears
Houston Texans’ fans were understandably concerned when star running back Arian Foster left early during the team’s loss to the Minnesota Vikings with an irregular heartbeat. One young fan named Macie was so worried she made a sign for her favorite player, hoping that his heart felt better.
http://sports.yahoo.com/blogs/nfl-shutdown-corner/arian-foster-young-fan-worried-heart-uses-twitter-220017367–nfl.html 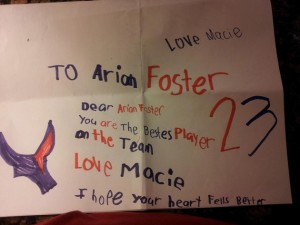 In Memory of Josephine Grace Gay, Flutie Foundation Helps Family Set Up Fund
On Friday, December 14, 2012, Josephine Grace Gay, was killed in an unimaginable tragedy at her elementary school in Newtown, Connecticut. The family has established Joey’s Fund in her name through the Doug Flutie, Jr. Foundation for Autism. The proceeds of this fund will help families raising autistic children. It’s our way of dealing with this pain and never letting go of her love.
http://flutiefoundation.org/Donate-Joeys-Fund.asp

Coach Spalletti speaks out against discriminatory ‘manifesto’
Without referring directly to the statement, Zenit boss Spalletti told fc-zenit.ru: “Tolerance for me is the ability to understand and accept differences. “Furthermore, being tolerant means that you fight against any kind of stupidity. “I can personally assure you that I will do everything I can to help those who seek to explain what tolerance is, and the need to respect other cultures and traditions.
http://www.espnstar.com/football/other-football/news/detail/item910314/Spalletti-speaks-out-against-%27manifesto%27/ 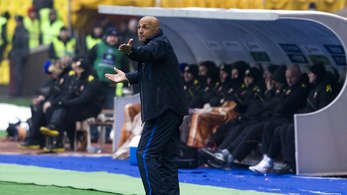 Dignity is always in season: 100 members of the Navy Football Team serve meals to the homeless at St. Anthony’s Dining Room on Christmas Day
Homeless and isolated veterans comprise 20% of the meals served in St. Anthony’s Dining Room.  For many of these veterans, the anticipation of sharing Christmas dinner with 100 football players from the Naval Academy is a gift that cannot be described in words.
http://news.gnom.es/pr/dignity-is-always-in-season-100-members-of-the-navy-football-team-serve-meals-to-the-homeless-at-st-anthonys-dining-room-on-christmas-day 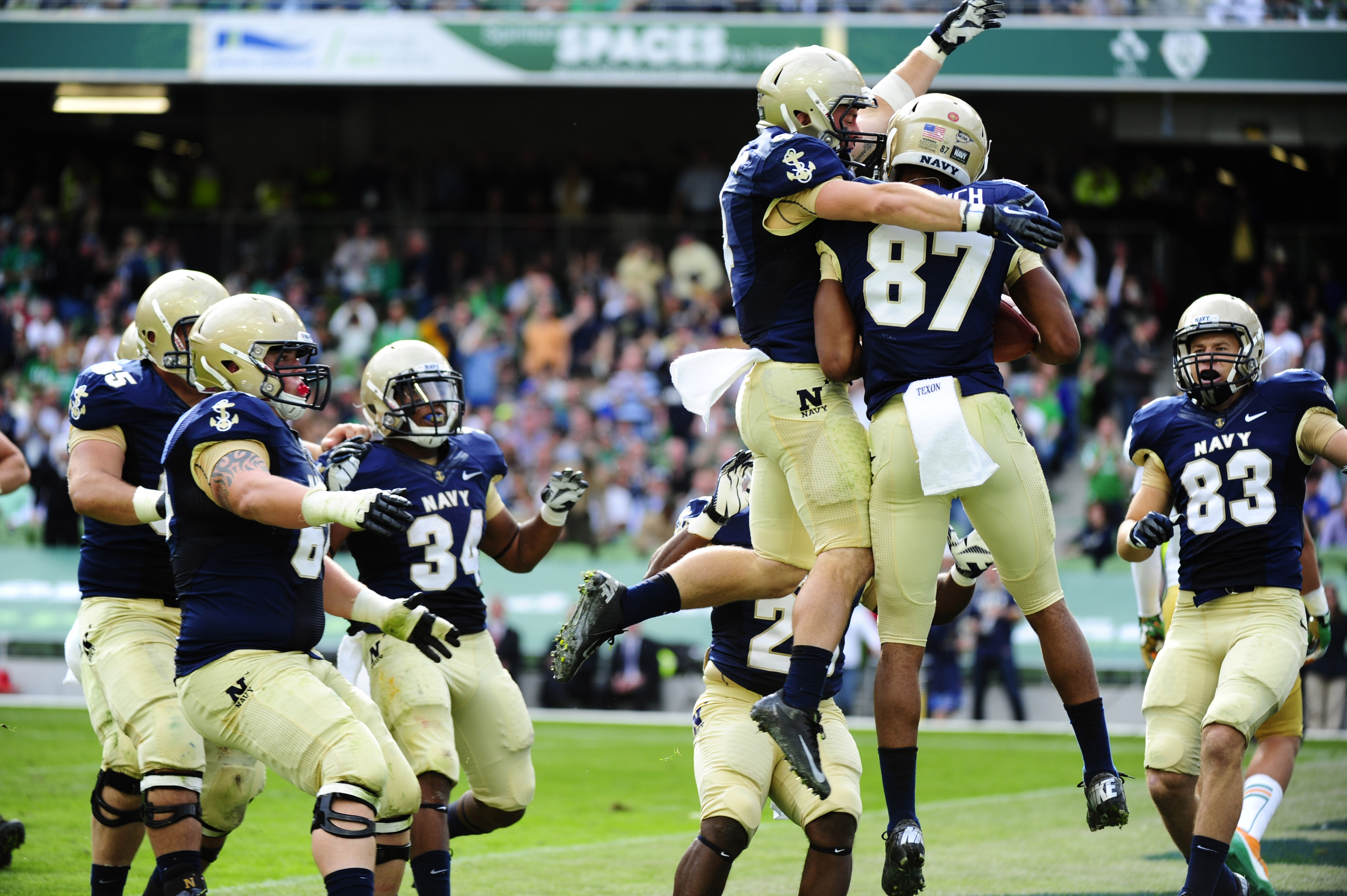 Act of generosity will allow Gorgui Dieng’s parents to see him play for the first time
Just before he left for the airport Christmas Eve morning to welcome his mom and dad to the United States, Louisville center Gorgui Dieng sent a text to the woman who arranged for his parents to visit. “I can never repay you or thank you enough for making this happen,” the Senegal native wrote.
http://sports.yahoo.com/blogs/ncaab-the-dagger/months-planning-led-gorgui-dieng-parents-getting-chnace-025943596–ncaab.html 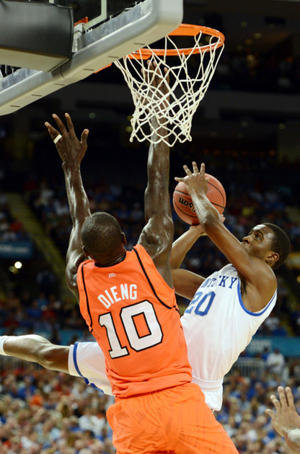 Students Team With GM to Develop Racing Handcycles for Wounded Vets
Gearheads at Michigan Tech and General Motors have developed three-wheelers specifically designed for wounded veterans who compete in marathons and other endurance events. The three-wheeled handcycles were designed by students at the university’s medical engineering program and engineers from Chevrolet. They’ll be used by the Achilles Freedom Team of Wounded Veterans in races nationwide.
http://www.wired.com/playbook/2012/12/chevrolet-michigan-tech-hand-cycles 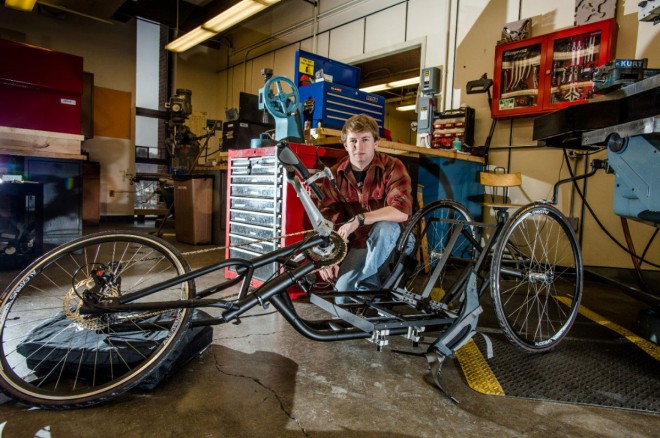 Ed Randall’s Fans For The Cure To Present ‘An Evening With Mariano Rivera’ January 22 in New York
The special, intimate event – designed and priced right for baseball fans of all ages – will have Randall hosting a one-on-one discussion with the Yankees legend. All the proceeds are going to prostate cancer education. All details are at www.fans4thecure.org.
http://www.going9baseball.com/2012/12/27/ed-randalls-fans-for-the-cure-to-present-an-evening-with-mariano-rivera-january-22-in-new-york/ 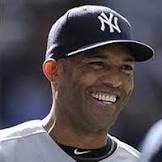 Rugby makes Peace in Ivory Coast
The Fédération Ivoirienne de Rugby in partnership with the International Rugby Board (IRB) and Peace and Sport – L’Organisation pour la Paix par le Sport – has launched a major new initiative to educate and sustainably reintegrate 200 young people left on the margins of society after the recent conflict in Ivory Coast.
http://www.peace-sport.org/news/rugby-makes-peace-in-ivory-coast.html 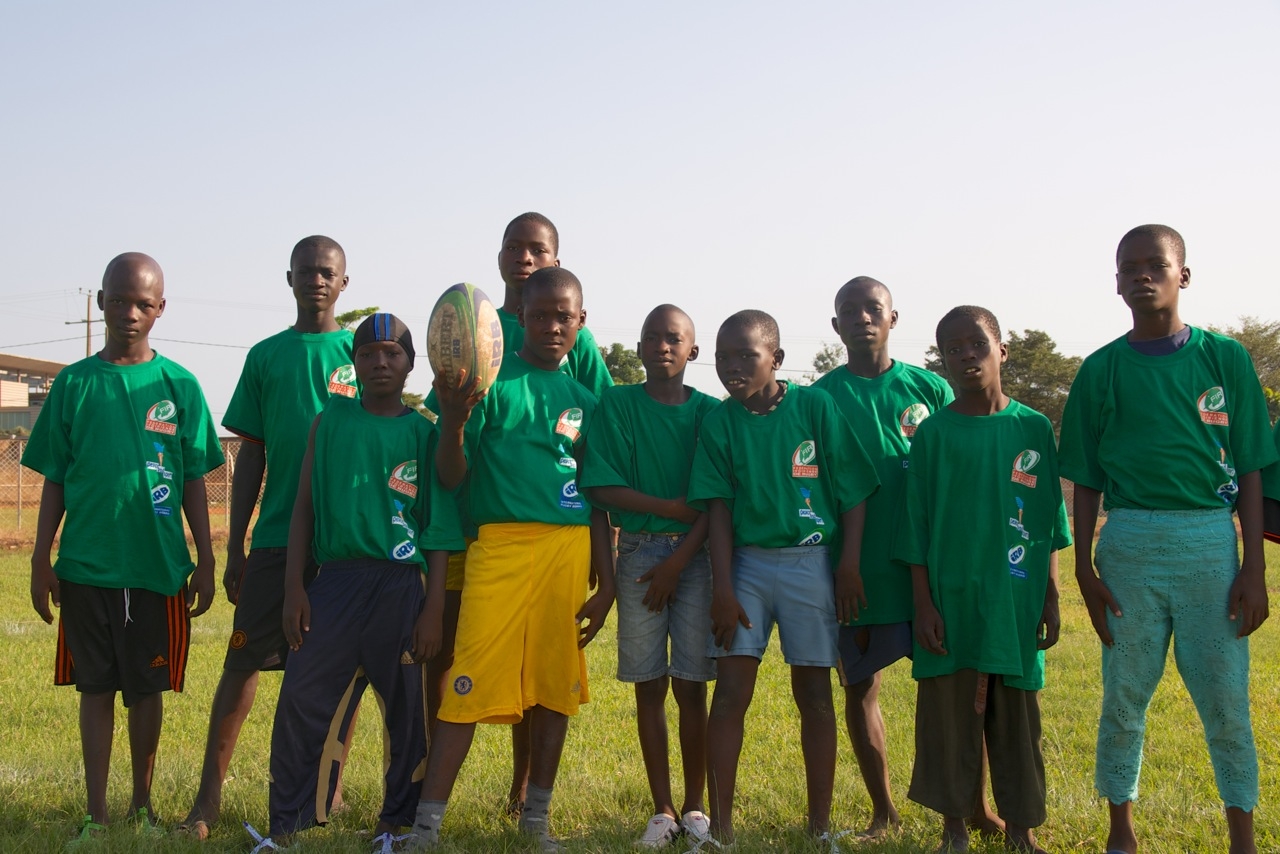 From depths of depression, boxer Nonito Donaire rises to top of his class
Standing in a gym in the Philippines last week, a bank of cameras trained on him, a thick crowd packed in around him, Donaire could only shake his head and marvel at how far he had come. That he is a professional boxer still confounds him. http://sportsillustrated.cnn.com/mma/news/20121228/nonito-donaire-is-the-fighter-of-the-year/#ixzz2GRyGwLCg 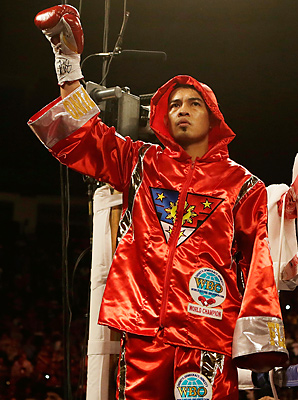 #HOWCOOLISTHAT social media campaign to offer exposure to disability sport
The campaign aims to address mainstream media coverage of disability sports in the United States and worldwide by capturing and sharing videos and pictures of people’s reactions, feelings and thoughts as they watch disability sport videos.  http://www.humancentereddesign.org/projects/howcoolisthat

NHL’s Montreal Canadiens’ Josh Gorges holds outdoor game with fans
In recent days, Gorges had been joking about the upcoming game in messages sent out to his 23,000-plus followers on Twitter. A few hours before the game, he mused that he may be a little slower than usual on the ice after having Christmas dinner the night before.
http://sports.yahoo.com/news/canadiens-gorges-plans-outdoor-game-193104277–nhl.html 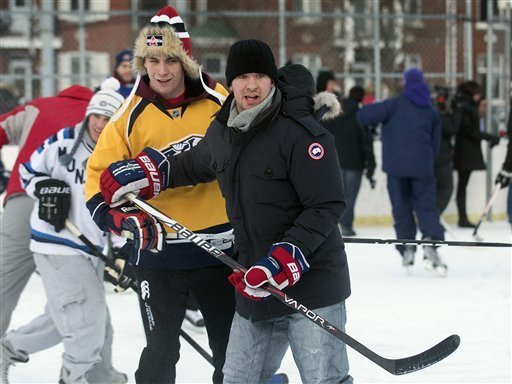 Hawks, Ga. Power partner to power Philips Arena with ‘green energy’
“We’re proud to partner with the Atlanta Hawks and Philips Arena as they continue their unwavering commitment to being a leading environmental steward in the city of Atlanta,” said Mike Hazelton , Georgia Power’s Vice President of Marketing. “This purchase positions them as one of our top green energy special events partners.” http://www.bizjournals.com/atlanta/news/2012/12/20/hawks-ga-power-partner-to-power.html?ana=e_vert 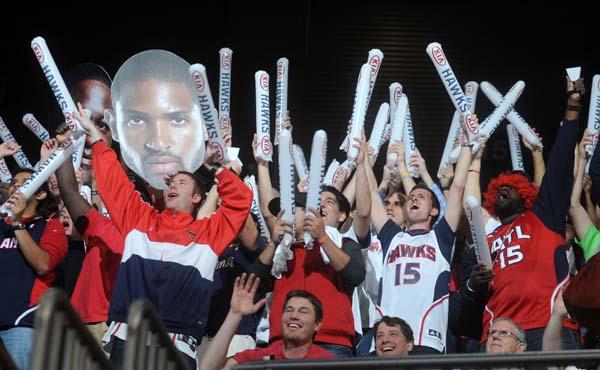 The Assist Meets Up with Hoops 4 Hope to Change Lives
During our trip to Harare to learn from Hoops 4 Hope Zimbabwe, we had the pleasure of meeting Tatenda, who began with the organization as a player and is now an All-Star coach for local youth. He spoke with us about his H4H experience before showing off his bounce. Tatenda hopes to play professional basketball in Asia or Europe.
bit.ly/WQeT59

Kickalicious! Norwegian Kicker Becomes YouTube Sensation, Gets Tryout With NY Jets
Rugland, from Aalgaard, Norway, only began kicking a football two years ago, but his accuracy — even at targets like moving cars — has to be seen to be believed. http://www.radaronline.com/exclusives/2012/12/norwegian-kicker-youtube-sensation-new-york-jets-tryout
Video: http://youtu.be/jDwbjHV8jLo

Sports Illustrated’s Amazing “Photos of the Year” (#1)
Pilot Felix Baumgartner of Austria jumps out of the capsule during the final manned flight for Red Bull Stratos on Oct. 14, 2012 in space. The Austrian broke the world record for the highest free fall in history after making a 23-mile ascent in a capsule attached to a massive balloon.
http://sportsillustrated.cnn.com/main/photos/1212/pictures-of-the-year-2012//8/#ixzz2GS0v2R28 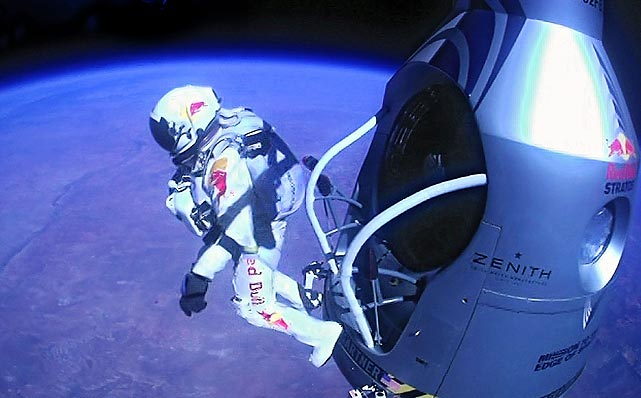 An Irreverent, Last Look Back at 2012 – “Tebow, A-Rod headline the year that wasn’t”
The past 12 months were so surprising that Nate Silver accurately predicted only 47 percent of what actually happened… In fact, with so much Linsanity over the past 12 months, you may not even recall these moments occurring in 2012.
http://espn.go.com/blog/playbook/fandom/post/_/id/16195/tebow-a-rod-headline-the-year-that-wasnt