Welcome to week forty-three of the Sports Doing Good newsletter.

We look forward each week to featuring an array of stories covering multiple topics and sourced from a variety of outlets in the U.S. and around the world. Sport is both local and global so it makes sense that we have stories that can help us become more familiar and comfortable with issues and people in our home town or half a world away.

We lead off with two stories dealing with places that are dear to me, India and Washington, D.C. As someone whose family immigrated from the subcontinent I try to keep abreast of the great progress the country has made but also those problems that still need our attention, e.g. girls’ rights. As a proud Georgetown graduate, D.C. will always be one of my “hometowns.” And while it is the seat of much power and influence, it is also home to issues, e.g. HIV/AIDS education, that also need our attention. What we see in those two stories and a host of others, including a special story at the Sports Doing Good blog (“Glad’s House and the Street Child World Cup”) are people and groups leveraging the power of sport to help change lives for the better.

Please continue to send along your stories. You are both our audience and our best source of stories. Our Twitter handle is @sportsdoinggood, and you can find us at www.facebook.com/sportsdoinggood. We anticipate 2013 being just as robust when it comes to the number and quality of stories

How football is changing lives of Indian slum girls
An American, Franz Gastler, is teaching young Indian slum girls how to improve their lives through the game of football…Mr. Gastler, 30, is from a middle-class family in Edina, Minnesota, but for the moment, he has swapped his comforts for the dust and grime of Indian slums.
http://www.bbc.co.uk/news/world-asia-india-20929762 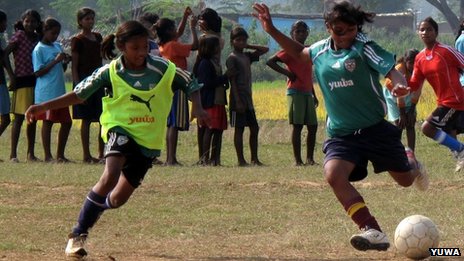 Bringing Change to Washington’s HIV Crisis
All eyes have been on Washington D.C. as the close of the inauguration brings the inevitable return to political wrangling. But to Clinton Global Initiative University (CGI U) participant Tyler Spencer and a group of NCAA-Division I athletes, partisanship isn’t the capitol city’s only problem.
http://www.clintonfoundation.org/main/clinton-foundation-blog.html/2013/01/24/bringing-change-to-washington%E2%80%99s-hiv-crisis/ 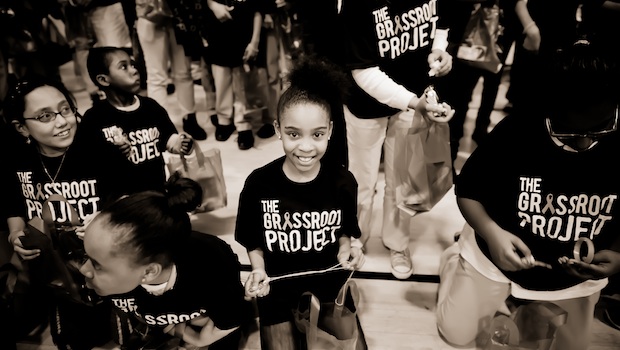 Sports Are a Civil Right for Disabled, US Says
Breaking new ground, the U.S. Education Department is telling schools they must include students with disabilities in sports programs or provide equal alternative options. The directive, reminiscent of the Title IX expansion of athletic opportunities for women, could bring sweeping changes to school budgets and locker rooms for years to come.
http://www.npr.org/templates/story/story.php?storyId=170221868 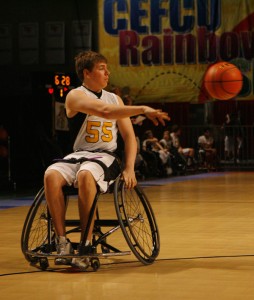 Whitney Foster, Kentucky High School Teen, Bowls Without Using Her Hands (video)
She also has arthrogryposis, a rare disease characterized by deformed joints and drastically reduced muscle and tendon function. The condition has left Foster unable to extend her arms and barely able to manipulate her hands. But that hasn’t stopped her from bowling for the duPont Manual High School team in Louisville, Ky. — and bowling like a rockstar.
http://www.huffingtonpost.com/2013/01/24/whitney-foster-teen-bowling-without-hands_n_2543182.html?ir=Sports 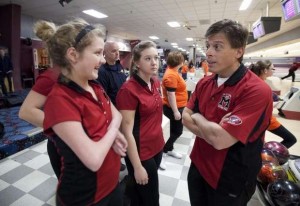 Snowboarder Kevin Pearce stars in film at Sundance
The camera zoomed out as snowboarder Kevin Pearce sank deeper into the leather rocking chair, his voice quivering with every word he whispered to his therapist. Just when Pearce thought he was making progress from a traumatic brain injury he suffered during a frightful fall in the halfpipe three years ago, more bad news seemed to follow.
http://www.stltoday.com/entertainment/snowboarder-kevin-pearce-stars-in-film-at-sundance/article_9643ab5c-1e97-5ad3-b89f-eec805e4c7b0.html 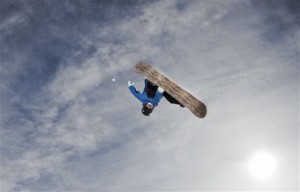 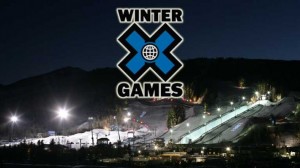 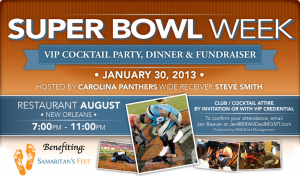 WNBA champion Tammy Sutton-Brown brings the world to kids
“I mentioned to the kids how I played [basketball] in Istanbul, and they had no idea what or where that was,” Sutton-Brown said. “That’s when I got the idea to develop a book that would help these kids see the world without leaving their town.”
http://espn.go.com/wnba/story/_/id/8664841/espnw-indiana-fever-tammy-sutton-brown-brings-world-kids 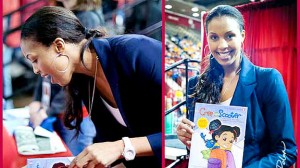 Caption: Tammy Sutton-Brown has traveled throughout the world during her basketball career, and she introduces children to faraway places with her “Cree and Scooter” book series.

New Study To Focus On The Financially Healthy Athlete
NYU, in partnership with Constellation Wealth Advisors, wants to do something about that depressing statistic.  The university’s Preston Robert Tisch Center for Hospitality, Tourism, and Sports Management has teamed up with the aforementioned private financial management advisory firm to study “The Financially Healthy Athlete,” with a specific focus on the overall financial health and well-being of athletes in their post-professional athletic careers.
http://www.forbes.com/sites/darrenheitner/2013/01/24/study-to-focus-on-the-financially-healthy-athlete/

Students Run Philly Style In Their Own Words- 2013 Walt Disney World Half Marathon
More than 27,000 registered runners from throughout the world ran across Walt Disney World Resort Saturday for the Disney Half Marathon as part of the 20th Anniversary Disney Marathon Weekend. Among the runners were six inner-city Philadelphia students who are being encouraged to resist the street life by hitting the streets instead as part of a running program sponsored by Cigna.
http://disneysportsnews.com/videos/2013/01/13/students-run-philly-style-in-their-own-words-2013-walt-disney-world-half-marathon/

Orlando Magic Youth Fund Distribute More Than $1 Million to Central Florida Community
Looking like she had just made a game-winning shot for the Orlando Magic, Hope CommUnity Center board vice president Mary Carroll thrust her arms in the air and pumped her fists in celebration. Seconds later, and before Carroll was presented with an oversized check for $100,000 in grant money from the Orlando Magic Youth Fund, Carroll wrapped her arms around her own head, blushed because of the excitement of the moment and doubled over in disbelief.
http://www.nba.com/magic/news/denton-omyf-distribute-more-1-million-central-florida-community 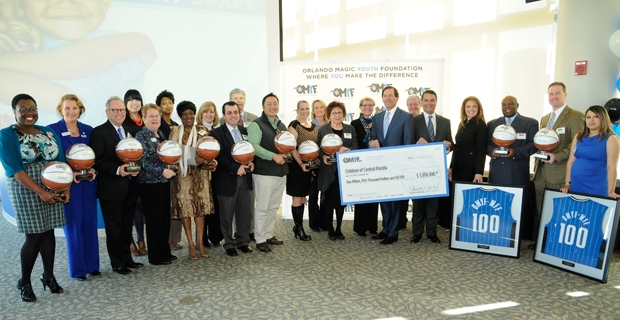 Iraq war amputee a driving force in getting people with disabilities moving
The first female soldier to lose a limb in Iraq, Stockwell, 32, has managed to turn a traumatic above-the-knee amputation into an uplifting experience, one that motivates people of all abilities.
http://www.stripes.com/news/us/iraq-war-amputee-a-driving-force-in-getting-people-with-disabilities-moving-1.202229?localLinksEnabled=false&utm_source=feedburner&utm_medium=feed&utm_campaign=Feed%3A+starsandstripes%2Fgeneral+%28Stars+and+Stripes%29 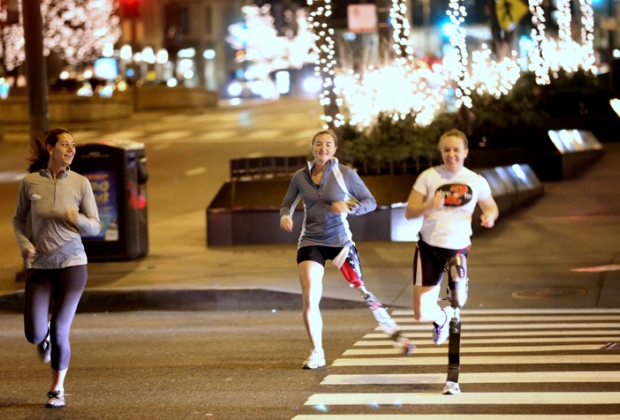 MLB’s Selig announces $1.5M contribution for Cincinnati UYA
Cincinnati is the seventh MLB Urban Youth Academy either opened or already in development, and the first in the Midwest. Since the first academy opened in Compton, Calif., in 2006, others have opened in Houston, Puerto Rico and New Orleans and two have been announced for Hialeah, Fla., and Philadelphia. They provide free, year-round baseball and softball instruction, as well as education programs.
http://mlb.mlb.com/news/article.jsp?ymd=20130121&content_id=41074956&vkey=news_mlb&c_id=mlb

Jeremy Lin ‘Linsanity’ Documentary Debuts at Sundance Film Festival
Jeremy Lin’s meteoric rise from NBA afterthought to global phenomenon was nothing short of a miracle. A miracle that just happened to be captured by filmmaker Evan Jackson Leong every step of the way.
http://bleacherreport.com/articles/1496814-jeremy-lin-linsanity-documentary-debuts-in-film-festival
Video: http://youtu.be/qcwL7NxclzY

Major League Heart: Getting baseballs and gloves to soldiers
The Afghanistan snow covered the tops of his boots the day U.S. Army Specialist Shaun Pelt, a medic, ripped opened a box from the States and found four baseball gloves and four balls. “All of a sudden,” Pelt writes, “it was Christmas morning.”
http://espn.go.com/espn/story/_/id/8868347/getting-baseballs-gloves-soldiers 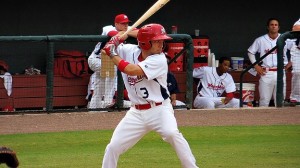 Caption: Vance Albitz has taken time from his pursuit of making the big leagues to do something to alleviate the stress endured by soldiers in war zones.